The Maine Public Utilities Commission has approved the creation of Natural Gas Conversion Co. (NGC), which is to provide “an affordable and timely process” for residents and businesses converting to natural gas, according to Summit Utilities. The new company will begin operations immediately, Summit said. 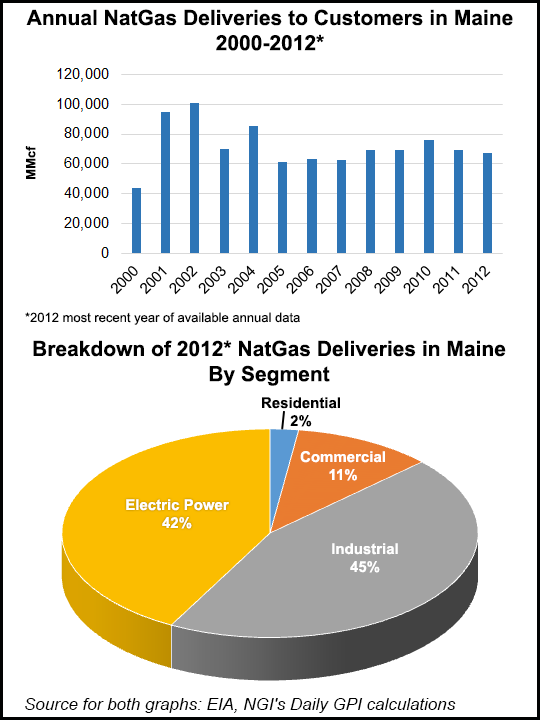 NGC is to be headed by Summit Chief Strategy Officer Tim Johnston, who would build a staff and a team of local contractors and vendors that the company then would partner with to help Mainers convert to natural gas.

“The demand for natural gas in Maine is higher than it has ever been,” Summit said. “Natural Gas Conversion Co. will have a positive impact on residents and businesses in southern and central Maine by providing reduced conversion costs and serving more customers in a shorter time frame.”

Summit has been in a duel of sorts in the state’s Kennebec Valley with competitor Maine Natural Gas (MNG), a subsidiary of Iberdrola USA (see Daily GPI, March 11, 2013; Aug. 23, 2012; Oct. 18, 2012). Earlier this year Summit Natural Gas of Maine made the final connection for its 68-mile steel backbone gas transmission pipeline between Pittston, ME, and Madison, ME, a key step in its plans to distribute gas to 17 communities in central Maine (see Daily GPI, April 22).

Summit plans to install 85 miles of distribution pipeline in the Kennebec Valley area this year and another 66 miles in the towns of Cumberland, Falmouth and Yarmouth. Summit’s expansion plan also calls for a phase two build-out of its $350 million Kennebec Valley transmission and distribution project (see Daily GPI, Jan. 14, 2013). Summit expects those lines to serve 15,000 residential and industrial customers in 17 municipalities by the third year of operations.

Maine last year adopted an omnibus energy bill (LD 1442) that would increase the state’s gas pipeline capacity. The bill, which was adopted by both the Maine House and Senate, was vetoed by Gov. Paul LePage, but legislators overruled that veto.

The first gas pipeline ever to reach the state’s capital, which runs from the Maritimes and Northeast pipeline tap in Windsor, ME, was completed by MNG less than a year ago (see Daily GPI, Oct. 25, 2013).