Japanese trading house Sumitomo Corp. has exited the Marcellus Shale, announcing Monday that it had closed the sale of its interests in properties in western Pennsylvania to an undisclosed buyer. 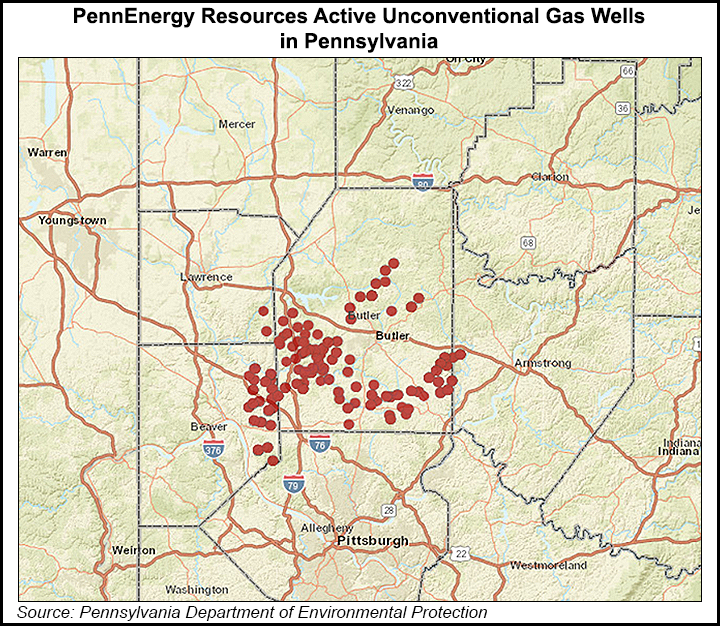 Sumitomo, which entered the play in September 2010, did not disclose how much it earned for its 30% working interest in assets operated by PennEnergy Resources LLC. The properties are in Butler County, to the north of stronger development activity in southwest Pennsylvania.

Sumitomo became the first Asian company to buy into unconventional oil and gas resources in North America in 2009, when it took a stake in Carrizo Oil & Gas Inc.’s Barnett Shale assets. The company still has interests there and in the Permian Basin. It also has North American marketing and trading operations, along with other positions in the value chain, including tolling capacity at the Cove Point liquefied natural gas export facility in Maryland.

Japanese trading houses have a diverse range of business holdings that include everything from foods and chemicals to energy and infrastructure. While commodity prices have fallen significantly this year, other trading houses have actually increased stakes in North America’s unconventional resources, with Tokyo Gas Co. Ltd. most recently deciding to take a majority interest in Haynesville Shale-focused Castleton Resources LLC.Sumitomo’s Marcellus interests were purchased from Rex Energy Corp., which went bankrupt and closed in 2018, for more than $88 million in cash and another $52 million in drilling carry. PennEnergy acquired Rex’s portfolio in 2018.