A unit of Japan’s Sumitomo Corp. has increased its holdings in the Eagle Ford Shale, which it said would expand its operating capacity. 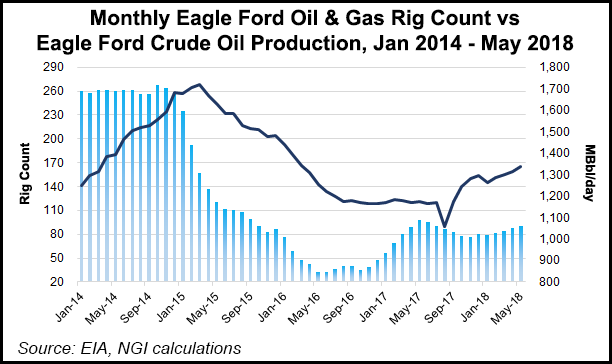 As a result of the transaction, SDRII would become the 100% working interest owner and operator of the asset, which runs across 624 acres in Karnes County, Sumitomo said. Peak production of the leasehold is estimated at 3,000 boe/d.

Sumitomo subsidiaries have been working with U.S. onshore explorers for years.

Dallas-based IOG Capital, run by Marc Rowland, has an array of partnerships in the U.S. onshore to develop conventional and unconventional assets. As of June, IOG said it had deployed more than $800 million in more than 450 oil and gas wells across four states and 22 counties.