Bonus payments to landowners with oil and natural gas leases climbed to new highs during the third quarter, but they skyrocketed in Ohio’s Utica Shale, according to a survey by Farmers National Co. (FNC), a real estate management firm that also tracks data for landowners. 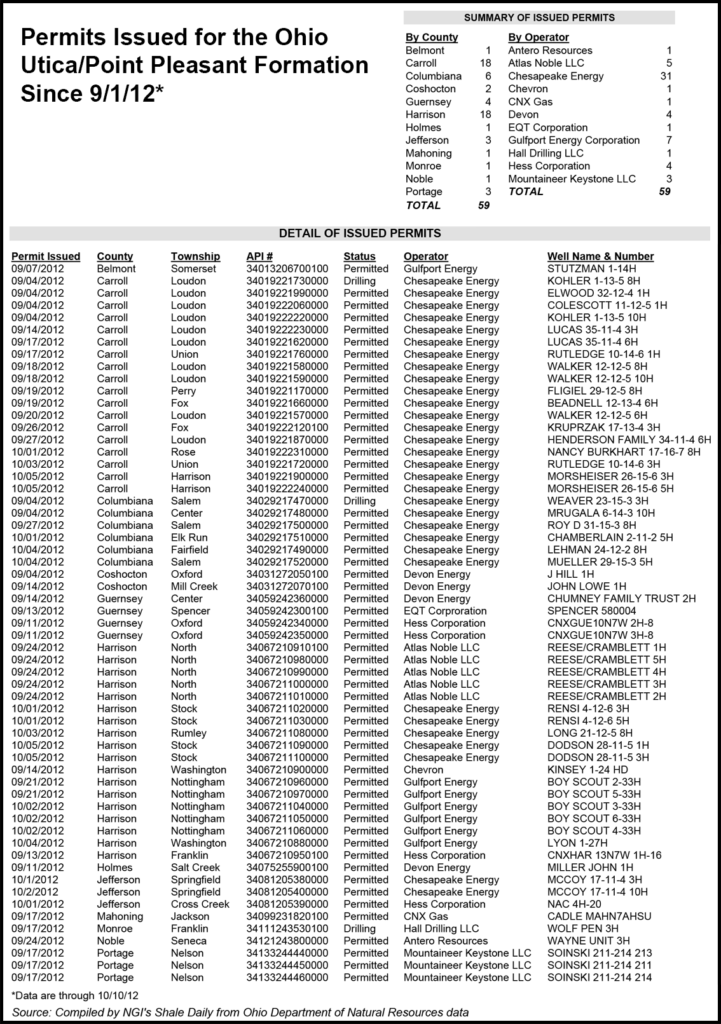 According to FNC, bonuses were $8,200 per net mineral acre (PNMA) in Ohio during 3Q2012, a more than 12-fold increase from the $650 PNMA paid during the previous third quarter. That boosted the Buckeye State to fourth place among all the states, trailing only Oklahoma, North Dakota and Texas.

“Despite the fact that oil prices have dropped from $110/bbl earlier this year to $92/bbl and natural gas prices are down almost 20% from a year ago, oil and gas lease bonus dollars per acre continue to rise across the board,” David Smith, FNC vice president for oil and gas management, said Tuesday. He added that the company has increased the level of negotiated lease bonus dollars for their clients by nearly 13% over its past record year in 2008.

FNC attributed the higher bonuses to new shale formations and the activity that has been taking place in them. Competition in the new shale plays was also contributing to very high bonus prices for areas rich in oil and natural gas liquids.

“As new shale formations are discovered and opened up utilizing new technologies, production and profitability are picking up for many independent oil producers across the country,” Smith said.

Smith said strong drilling and leasing activity drove bonus prices in Texas, Oklahoma and Kansas. Some of the price increase in Oklahoma and Kansas were also attributed to the expansion of the Mississippian Lime shale play, with several operators jockeying for position there (see Shale Daily, Aug. 14; Aug. 6; June 15; June 5; May 9; April 9; Jan. 4).

Similarly, Smith said activity in the Bakken Shale in North Dakota was driving bonus prices higher in that state. Increased acreage lease rates in Colorado and Ohio were responsible for the increase in bonus prices there.

FNC said uncertainty in the global and domestic economies and unrest in the Middle East were also affecting bonus prices. The agency added that oil and gas companies were also concerned about the upcoming U.S. elections in November, because of uncertainty over what the election results will mean for the industry.

“Those results will have a major impact on leasing, drilling and taxation on the energy industry not only in 2013, but for the next four years,” Smith said.