Shale gas production activities in the Barnett Shale have not resulted in volatile organic compound (VOC) exposures great enough to pose a health concern for area residents, according to a new study of the region’s air quality.

The research was conducted by Houston-based ToxStrategies and supported by the Barnett Shale Energy Education Council (BSEEC), which was not involved in data collection and analysis. The findings have been published in the journal Science of the Total Environment. Researchers looked at more than 4.6 million data points representing collection from six sites and seven monitors measuring up to 105 VOCs at each site for periods going back to 2000.

The monitors sampled were part of the Texas Commission on Environmental Quality’s (TCEQ) network. The most common VOCs associated with natural gas activities that were detected were benzene, toluene, ethylbenzene, hexane and two forms of xylene. All of these VOCs are toxic, but none were found by the researchers to be in concentrations high enough to cause a short-term acute threat.

“These findings are consistent with those from a number of shorter-term, targeted air monitoring studies conducted in the Barnett Shale region,” the researchers said. “In 2010, the TCEQ conducted a short-term mobile monitoring study (12 sampling days) in the Barnett Shale region and found that air concentrations of VOCs near shale gas operations were not present at high enough concentrations to pose a health concern…” The researchers made note of similar findings from multiple other shorter-term studies as well as a biomonitoring study of residents in the Dish, TX, area.

“When the findings of the current study are considered along with the findings of other studies, including the comprehensive biomonitoring study conducted in the Barnett Shale region, the body of evidence demonstrates that shale gas production activities have not resulted in community-wide exposures to those VOCs in air at levels that would pose a health concern, despite the dramatic increase in shale gas operations in the region over the last decade.”

BSEEC Executive Director Ed Ireland told NGI’s Shale Daily that the most significant aspect of this particular study is that it relies upon data that was collected over a 12-year period, giving it a particularly large sample size.

A recently released study by the University of Texas at Austin of methane emissions was criticized by some as having a too-small sample size (see Shale Daily, Sept. 17).

Ireland said BSEEC paid $50,000 for the study and was its only source of funding. The study’s purpose was to take advantage of a wealth of data that’s been collected by what are now a dozen TCEQ air monitors in the Barnett Shale region, he said.

“A lot of people are aware that they exist because there are 12 of them in this area now,” Ireland said of the air monitoring stations. “Our purpose in commissioning this study was to use the extremely large database of information that the TCEQ has collected over the last 12 years. While the TCEQ operates these monitors and collects the data, they have not as yet done any comprehensive analysis of all that data, and we wanted to help make that happen because it’s at treasure trove of data.”

The researchers said most of the Barnett air monitors are in dry gas regions; however, there are some in more liquids-rich areas, “…which makes this dataset even more useful as VOC emissions are generally higher in rich/richer (wet) gas areas. Nonetheless, the type of gas in a particular region, as well as other site-specific characteristics, should be considered when attempting to extrapolate the findings of this current study to other shale play regions.” 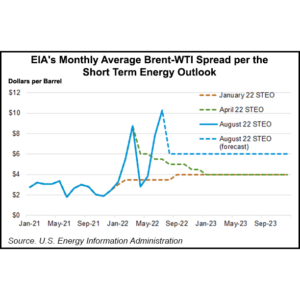