Lingering cold weather and strong export demand fueled a modest rebound for natural gas forward prices across North America during the trading period from April 15-21, according to NGI’s Forward Look. Falling prices on the U.S. East Coast, however, brought the overall average down at the front of the curve, while more notable gains were seen for the upcoming winter. 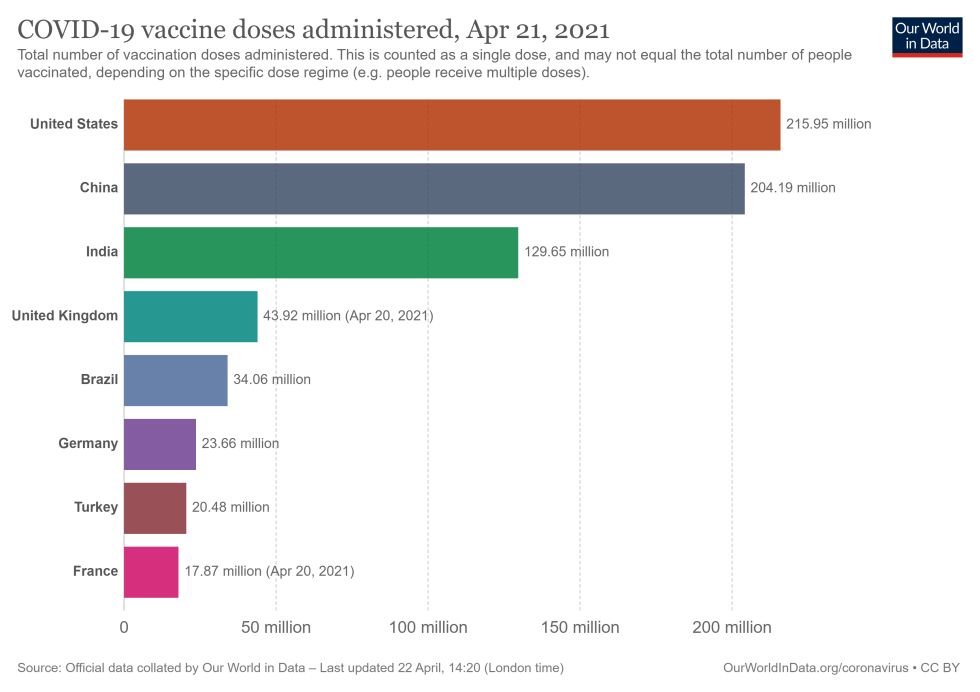 May prices rose an average of only 1.0 cent for the period ending Wednesday, coming in a couple of cents shy of increases at the Henry Hub. Gains throughout the rest of the curve were more closely aligned with the benchmark, where the balance of summer (May-October) was up 4.0 cents to around $2.820, and the winter strip (November 2021-March 2022) climbed 6.0 cents on average, Forward Look data showed.

In the Northeast, the cooler weather that started penetrating the region this week was expected to quickly fade, reducing the number of projected heating degree days and pressuring forward prices. Transco Zone 6 NY May prices dropped 8.0 cents from April 15-21 to reach $1.886, but the balance of summer managed to pick up 2.0 cents to average $2.130, according to Forward Look. Winter prices were up 5.0 cents to $4.700.

Steeper losses were seen in Appalachia, where production has been curtailed because of various maintenance events.

Tennessee Zone 4 Marcellus May forward prices plunged 25.0 cents for the period to reach $1.148, while the balance of summer slipped 5.0 cents to $1.680, Forward Look data showed. Prices for the upcoming winter were in the green, climbing 4.0 cents to average $2.270.

NatGasWeather said the latest European weather model painted an even milder outlook for the Lower 48 in the final days of April into early May, as most of the country becomes “near perfect” with daytime highs ranging from the 60s to 80s.

EBW Analytics Group said by next Wednesday, daily heating demand could plummet to only 4.9 gas-heating degree days nationally. Modeled weather-driven natural gas demand for both space heating and the power sector could sink 10.4 Bcf/d for the week ending April, according to the firm.

Additionally, to the extent that storage facilities are procuring natural gas in the cash market to meet demand, spot demand may sink even faster next week, EBW said. Any revival in wind generation this week could further add to near-term weakness.

Meanwhile, springtime maintenance events also stand to upend the supply/demand balance. Liquefied natural gas (LNG) plants and pipelines routinely use the low-demand shoulder season to carry out any planned maintenance. Though temporary in nature, the reduction in demand could cut out a key pillar of fundamental support, according to EBW.

However, strong core fundamentals continue to lurk, setting the stage for a quick bounce in prices once more supportive weather comes aboard.

The Energy Information Administration (EIA) reported a much smaller-than-expected 38 Bcf injection into storage inventories for the week ending April 16. The build came in well below last year’s 68 Bcf injection but was above the 26 Bcf five-year average.

Bespoke Weather Services chief analyst Brian Lovern, who had projected a much higher 46 Bcf injection, said the EIA figure was “another bullish number” and adjusting for weather is tighter than the five-year average. He added that forward projections point to the next couple of EIA figures continuing to come under the five-year average.

The latest EIA stat is strong enough to push May prices toward the “$2.75-ish zone,” according to Lovern. “This level may again provide some resistance, but the number is strong enough so that it is a tougher call, to be sure.”

Mobius Risk Group agreed that attention may soon shift to the next three weeks, where the year/year storage deficit is likely to expand. The Mobius team, led by Zane Curry, vice president of Markets and Research, noted that last year brought about builds of 66 Bcf, 103 Bcf and 104 Bcf sequentially for the next three weeks’ reports.

By that time, warmer weather is all but certain, especially in the southern part of the country, where potentially record-setting heat is expected.

The Farmers’ Almanac this month joined other forecasters in outlining its predictions for summer weather. The outlook showed “searing temperatures” spreading throughout the central United States and into North Texas.That’s not to say the southern part of the Lone Star State is expected to be cool, though. Rather, “oppressively hot” conditions are on tap for cities near the Gulf Coast. “Sweltering” weather also loomed for the southeastern United States.

“Summer temperatures are predicted above-normal for about two-thirds of the country, especially in the South and East,” said the Almanac. “While typically the hottest weather can be expected in late July or early August, this year’s summer heat could peak in late August, into early September.”

The steamy outlook was similar to that of WeatherBell Analytics LLC, which called for a “near-record warmer summer.”

Meanwhile, LNG exports are set to remain strong throughout the summer as a cold winter in Europe and Asia could necessitate a large rebuild in storage inventories in those regions.

ClearView Energy Partners LLC said it calculated that heating degree days from November through February were above year-ago levels in Madrid, Seoul, Tokyo, Beijing and London. These same data show winter 2020-2021 was colder than the prior five-winter average in these five cities.

At the same time, Gas Infrastructure Europe (GIE) data indicate European gas storage levels of around 29% of capacity as of April 19, versus around 59% of capacity on April 19, 2020.

“Our models suggest the variable costs of shipping U.S. LNG to Asia and Europe could be below the Japan-Korea Marker and National Balancing Point prices, respectively, for the remainder of Calendar Year 2021,” the ClearView team said. “Data from shipbroker Fearnleys show LNG shipping costs have declined substantially since January, improving LNG export economics. Thus, the window for U.S. LNG exports to Asia and Europe appears open to us.”

Any continued strength in LNG exports would be a major departure from last year, when Covid-19 brought global economies to a standstill and led to the cancellation of dozens of U.S. cargoes.

Meanwhile, Venture Global LNG Inc. is making steady progress on the Calcasieu Pass export terminal. The LNG developer earlier this month was cleared to place into service a pipeline to deliver feed gas to the 10 million metric ton/year facility.

Although Venture Global has said publicly that Calcasieu Pass is slated to come online in 2022, Bloomberg reported in March that Calcasieu Pass was already offering cargoes for loading between beginning in October. The facility’s modular design has allowed it to install between six and eight trains at the Louisiana facility already, with peak construction set to end in April.

As for exports south of the border, cross-border flows have come in surprisingly strong this month, reaching a record 7.1 Bcf/d last week and generally holding near that level since despite this being a relatively mild time of year in Mexico.

With hotter weather set to become more widespread in the next month or so, pipeline exports to Mexico could set more records.

The outlook also appears to be improving on a more macro level in regards to Covid-19, at least in the United States.

Oxford Economics said the U.S. Recovery Tracker rose 1.3 points to 90.2 in the week ended April 9, its first reading above 90 since March 2020 and its seventh consecutive weekly gain.

Positive vaccine developments indicate the pandemic should remain contained, according to Oxford chief economist Gregory Daco. All states have expanded eligibility, more than 200 million doses have been administered and over half of all adults have received at least one dose.

Thirty-three states recorded higher readings for the week, with the Eastern and Pacific states seeing the most improvement. Notably, conditions in California now stand at their strongest since the outbreak.

“Still, the virus is weighing on some Midwest, Southwest and Mountains states,” Daco said.