Potentially clearing the way for stricter regulations for oil and natural gas operations, the U.S. Senate on Wednesday passed a resolution to undo the Trump administration’s rollback of methane emissions standards. 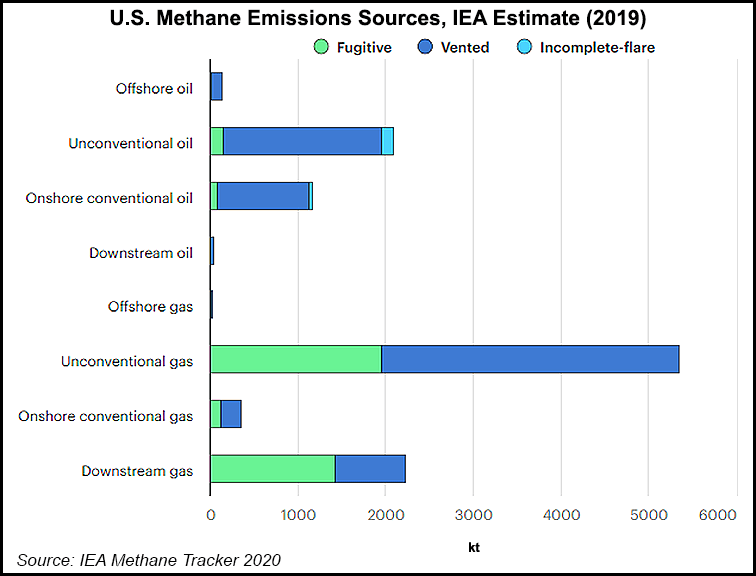 The Trump-led EPA relaxed regulations on methane emissions from the oil and gas industry. The Trump administration changes, enacted under former EPA Administrator Andrew Wheeler, in turn were designed to roll back Obama-era regulations.

Wednesday’s vote on methane emissions paves the way for President Biden to move forward on one component of the executives order on climate change signed when he took office in January, according to analysts at ClearView Energy Partners LLC.

Biden’s executive action called on the EPA to propose regulations by September to limit emissions of methane and volatile organic compounds from existing oil and gas sector operations — including from exploration and production, transmission, processing and storage.

The Trump-era rollback “effectively stripped away the explicit oil and gas sector methane rule that the Obama-era EPA instituted in 2016,” the ClearView analysts said. The Trump administration changes “also excluded the transportation and storage segments from regulation” under an earlier Obama-era standard.

Sen. Martin Heinrich (D-NM), who led the effort to pass the resolution, characterized the move as a “down payment on the fight against the climate crisis. I’m proud to champion this effort in the Senate so that Congress can restore responsible controls on methane emissions — a leading contributor to climate change. It’s time to keep moving forward with real, meaningful actions that leave our children with a healthier planet.”

While the measure did not garner much support among Senate Republicans, the need to rein in methane emissions — considered a more potent but less enduring planet-warming gas than carbon dioxide — has emerged as one area where industry has expressed a willingness to find common ground with the Biden administration.

The passage of the resolution drew praise from the Environmental Defense Fund (EDF), whose researchers have outlined the potential for a full-scale methane emissions reduction to slow the rate of worldwide warming.

“Strong methane policy is a necessary action for our nation to meet its climate goals and to protect the health of our communities,” EDF President Fred Krupp said. “Acting quickly to reduce methane pollution could slow the speed of global warming by as much as 30%. It’s an opportunity we can’t afford to miss. In fact, this solution is so sensible that many U.S. oil and gas companies support federal methane rules.”