The Colorado Oil and Gas Conservation Commission (COGCC) plans to bolster oil and natural gas drilling regulations in response to a health study by the Colorado Department of Public Health and Environment (CDPHE). 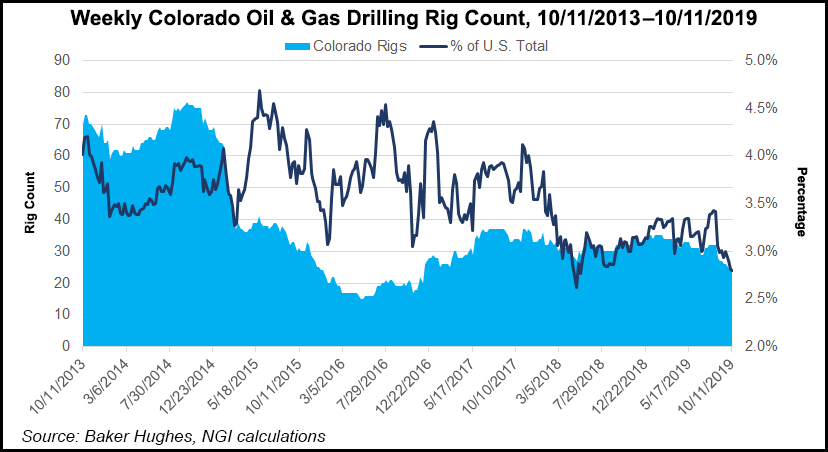 “Working with our partners and CDPHE, we will immediately enact stricter and safer precautionary review measures to protect public health, safety, welfare, the environment and wildlife,” said COGCC Director Jeff Robbins. “Our response is threefold and includes a new plan for permit review, a new plan for testing, and then a plan to use the information from the testing for future regulation and rulemakings.”

The study released Thursday used emissions data from state oil and gas operations to estimate human exposure to energy development. The study was not based on actual health impacts reported nor on measured concentrations in the air surrounding the well pad, CDPHE said.

“It is an important addition to the increasing body of knowledge about the potential health risks associated with oil and gas operations,” said CDPHE’s John Putnam, environmental programs director. “However, while we pursue further research, we won’t delay enacting stricter emissions standards for chemicals that cause human health effects, ozone pollution, and climate change. This study just reinforces what we already know: we need to minimize emissions from oil and gas sources.”

The COGCC said it would take three initial steps in response to the study. Operators are to be notified that permit applications would be reviewed under the state’s objective criteria, and under the mandate of Senate Bill (SB) 19-181 for permits related to wells, or well pads, located 2,000 feet or less from building units.

Second, COGCC plans to collect more data because of the limitations of the study, which did not account for recent best management practices. The CDPHE and COGCC plan to “develop and implement testing to obtain better site-specific data that includes actual monitoring, rather than modeling, to further understand causation, sources, timing, and types of emissions, such as benzene,” regulators said.

The new data also would be factored into rulemakings going forward as part of the SB 19-181 mandate.

“Using modeled exposures instead of measured air quality data introduces uncertainties and limitations that may result in erroneous estimates of risk for a population,” said Colorado Petroleum Council’s Lynn Granger, executive director. “As an industry we rely on data, facts and science and look forward to working with CDPHE and the COGCC on actual air monitoring in the future, which is what should be used when developing policy and regulations.”