After five years of planning and regulatory proceedings, work has been suspended on a mammoth made-in-Canada proposal for liquefied natural gas (LNG) exports from British Columbia (BC). 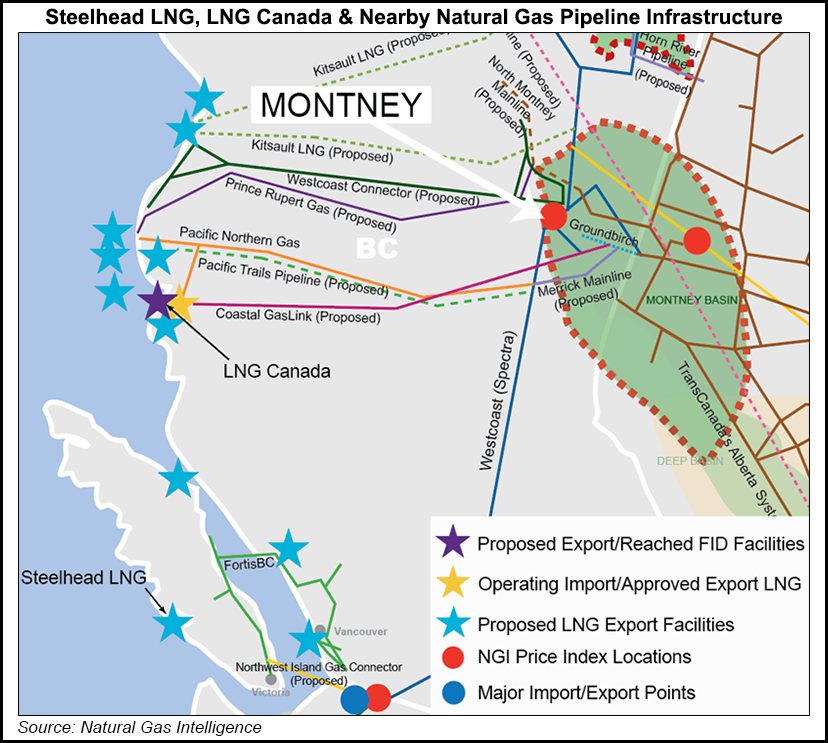 Kwispaa LNG’s native partner, Huu-ay-aht First Nations, said it was “deeply disappointed” and “saddened” in a weekend community notice that announced the halt.

The commercial partner, Steelhead LNG, which had filed a formal plan in October, added no word about when — or whether — work would resume.

The plan called for C$20 billion ($15 billion) in construction for LNG export terminals to fill up to 320 tankers per year with 4 Bcf/d from a Huu-ay-aht reservation on the Pacific coast of Vancouver Island.

A separate but essential supporting ingredient, outlined in a formal project description filed last fall with BC and federal environmental authorities, was a 1,000-kilometer (600-mile) pipeline to the island from northern gas fields.

Costs and the identity of a prospective Kwispaa pipeline builder were not disclosed. TransCanada Corp.’s estimate for its similar line across BC now entering construction for LNG Canada at Kitimat, Coastal Gaslink, is C$6.2 billion ($4.6 billion).

Steelhead, a private Vancouver firm, has held a gas export license from the National Energy Board and the federal cabinet since 2016. The license gives the Kwispaa project 10 years, until 2026, to complete construction and start export deliveries.