The plethora of natural gas and oil being tapped in the U.S. onshore is giving big explorers a steady stream of cash to bet on that most unpredictable — and expensive — endeavor, deepwater drilling.

Explorers lay out huge amounts of money to fund exploration and development efforts in the shallow and deepwater, but the more predictable and faster returns from drilling in the onshore have given them a nice cushion, said Anadarko Petroleum Corp.’s Darrell Hollek, Deepwater Americas division chief. He and several top executives talked with an audience on Monday about onshore and offshore drilling synergies at the Offshore Technology Conference in Houston.

“What we can count on is the onshore world, which is extremely predictable,” Hollek told the audience. Offshore drilling and production tend to be “bulky” and difficult to forecast — but well worth it. “We can get huge rates out of Gulf of Mexico [GOM] wells, contrary to maybe a thousand wells in the onshore fields.”

The Woodlands, TX-based super independent is a prime example of how the onshore is fueling expensive offshore propositions. Between January and February, Anadarko’s U.S. onshore basins, in particular the Wattenberg field, Permian Basin and Eagle Ford Shale, drove sales volumes to a record 919,000 boe/d, with output up 12%. Quarterly revenues, in part fueled by higher U.S. natural gas prices, jumped to $5.84 billion.

Anadarko’s onshore gains have offered it some oomph for its varied activities in the deepwater Gulf, where it now has eight rigs running and two more on the way. Production from the massive Lucius project is scheduled to ramp up in the second half of this year; Heidelberg is scheduled for 2016.

The offshore opportunities may be long term, but they’ve given Anadarko an edge for a big payday down the road. Meanwhile, the onshore production’s revenue continues at a steady pace, Hollek said.

Shell Oil Co. Upstream Americas executive Greg Guidry compared the mega projects in the deepwater to the dramatic technology introduced through space exploration, with “lots of invention, lots of breakthroughs, lots of new widgets…” Onshore technology has opened the door to difficult reserves, but it’s come at a more “incremental,” pace, he said. That alone lends the offshore to fewer financial barriers to entry, he said.

Recouping the billions in investments in the deepest offshore fields may take years, but the oil and gas production horizon also is a lot more years, said BP plc technology chief David Eyton. BP has more invested in the deepwater GOM than any other, with a record 11 rigs now in operation.

“In our view, there is space for both resources types in the world’s production mix,” Eyton said. BP in early March said it is separating its Lower 48 onshore operations to improve innovation and react more swiftly (see Daily GPI, March 4). There’s nothing swift nor inexpensive about working in the deepwater.

“Deepwater is characterized by the sheer scale of individual developments with high upfront capital requirements,” Eyton said. “Economically, well productivities and drainage areas must be orders of magnitude greater than those for unconventional wells. Paybacks are longer, but so too is the available margin before tax, at least for oil.”

The deepwater has “unique technology challenges,” but in some ways the operating environment shares “technology synergies” with the onshore, where research and development (R&D) can be shared and complemented.

“Those companies which are R&D-intensive and participate in both play types can exploit synergies in areas such as imaging, fracturing, sand consolidation, enhanced recovery and artificial lift,” Eyton said. “Operators in both can also evaluate and optimize whole systems through distributed sensing, data analytics, integrated modeling, and prediction and automation.”

BP sees the “risks and attractions of investing in deepwater and unconventionals…[as] markedly different, varying by region, play and resource type. Technology developments will impact this balance over time.” 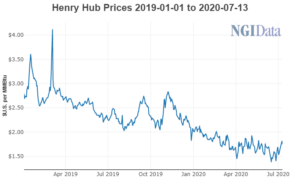