Helping lead the charge for an eventual bipartisan and serious discussion about the future U.S. energy policy, Wyoming Gov. Matt Mead said Friday the federal government “doesn’t have a corner on the market” for regulating the oil and natural gas drilling process of hydraulic fracturing (fracking). 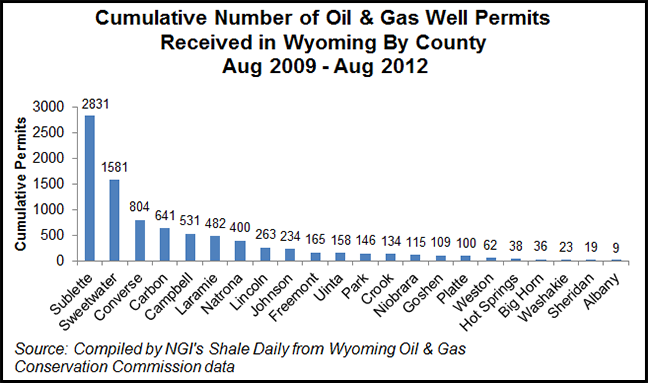 “By offering a state-lead policy, the governors’ blueprint ensures a balanced approach that maximizes energy production while protecting the environment,” said Mead, adding that the governors want all energy resources examined. “Energy costs are tied to nearly everything we do,” he told reporters last Friday in Wyoming before traveling to Tampa, FL, for the Republican National Convention.

“We have to get away from the notion that anything worthwhile regarding the environment is going to be done out of Washington, DC, when, in fact, the states have a greater incentive to do it and can go it more quickly. No one is infallible — the federal government and the states can get it wrong — but the difference is when the states get it wrong, particularly smaller states like Wyoming, we are incredibly nimble and can make changes accordingly and quickly.”

Mead cited the proposed federal fracking rules as examples of what is best left to the states. “They [the federal government] are two years late to the table, and if it is such an important issue in protecting the environment, why are they two years late?” he said, while conceding that everyone recognizes “there are appropriate federal regulations and rules.”

For fracking, Mead said the nation should be more “state-centric.” He argued that if the states are addressing the issue and doing it well, no “overlapping” federal rules are needed.

The question is whether the states are in a better position to provide the oversight needed, and in the case of fracking and the outlines of the RGA’s proposed blueprint, it is assumed that they are, Mead said. “By offering a state-lead policy, the governors’ blueprint ensures a balanced approach that maximizes energy production while protecting the environment.”

In introducing the RGA plan earlier this month, Virginia Gov. Virginia Gov. Bob McDonnell cited U.S. natural resources and innovation as putting the nation in the “position to unleash an energy revolution that could create millions of new jobs while simultaneously leading to increased energy security.” Technologies such as fracking and shale oil exploration “make American energy safer and more beneficial than ever.”