The more attractive price of natural gas on an MMBtu basis compared to oil is leading to the increased use of gas at the expense of oil and is one of the factors leading to the downturn in oil prices worldwide, a trend that is likely to continue for the next decade or two, according to a Stanford University economist. 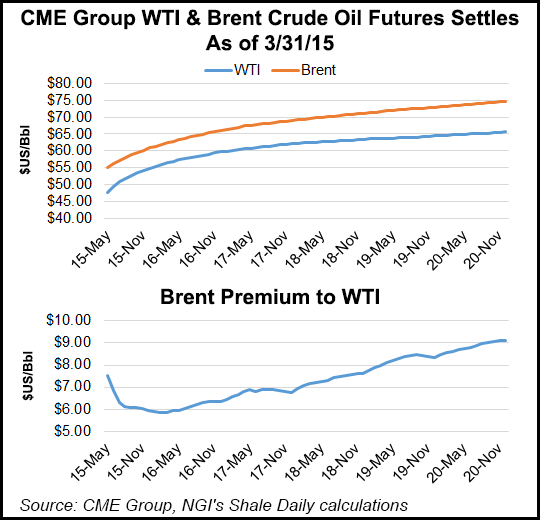 At the same time, better technology and increased oil production from unconventional drilling in North America are likely to reduce the profile of the Organization of the Petroleum Exporting Countries (OPEC).

In a six-page policy brief released Monday by the Stanford Institute for Economic Policy Research, economics professor Frank Wolak said the shale revolution in the United States, coupled with increased production from the Alberta oilsands, has led to a surge in North American oil production and a significant cut in imports.

“Increased production of shale gas in North America and the significantly lower dollar/MMBtu price of natural gas versus oil have caused a number of sectors of the U.S. economy to shift away from consuming oil to natural gas,” Wolak said.

Wolak said the development of technologies capable of exploiting the price differential between oil and gas would keep global oil prices low.

Another factor driving the switch from oil to gas is an increase in associated gas production, he said. About one-third of the growth in new U.S. gas supplies, and around 10% of total domestic gas production, are derived from oil production.

“One can make a strong case that Saudi Arabia concluded that reducing its output would not increase the global price enough to make this unilateral reduction in output profitable,” Wolak said. “One plausible reason is that Saudi Arabia inferred that other OPEC countries would not follow its lead in reducing output to the extent needed to achieve a jointly profitable — for all OPEC members — global oil price increase.”

“The technology of shale oil and natural gas production is less than 10 years old, so there is still significant scope for cost reductions in exploration, drilling, and production activity, even in the U.S.,” Wolak said, later adding “there is considerable scope for improvement in well completion efficiency, which should increase the amount of oil or gas that can be recovered from a given well.”

Another factor contributing to keep global oil prices low, and to reduce price volatility, is the flattening supply curve of oil. With shale oil and gas production, “it is possible to scale up and scale back shale oil and gas production more rapidly [than conventional drilling] in response to demand surges, which should mitigate oil and natural gas price volatility,” Wolak said.

“Although there are states of the world that could develop where global oil prices would rise above $100/bbl, the most likely medium-term outcome is prices in the range of $50/bbl to $70/bbl.”

However, Wolak said that while he believes it is “very unlikely” that oil prices will reach $100/bbl within the next 10 to 20 years, it was impossible to rule out that possibility.

“Factors that would make this outcome [$100/bbl] more likely include an environmental disaster associated with shale oil and natural gas extraction that causes more regions to prohibit these activities,” Wolak said. He added “there is also a substantial amount of academic and industry research addressing the risk of micro-earthquakes and methane leakage associated with shale oil and gas extraction.

“If U.S. firms are able to continue to improve their environmental record on shale oil and gas extraction, European countries with significant shale and oil and gas resources may decide to end their prohibition on the development of these energy resources.”

Oil could also go above $100/bbl if the industry doesn’t master the geologic and technical challenges posed by shale formations outside the United States, or if the United Nations places a credible price on carbon.

“As long as this price of carbon is not so high as to make all fossil fuels uneconomic, this action could further spur the demand for natural gas, as more countries attempt to switch from coal to less greenhouse-emissions-intensive energy sources, such as natural gas,” Wolak said. “In general, a positive global price of carbon will be a moderating influence on the price of oil because its consumption involves the production of greenhouse gas emissions, which would require paying for these emissions at the global price of carbon.”

Last month, OPEC said it expects U.S. oil production to decline by the end of the year, but the International Energy Agency held the opposite, forecasting domestic oil output to continue to rise through 2020 (see Shale Daily, March 16). Recently, Continental Resources Corp. COO Jack Stark, among others, said he believes oil prices will rebound in 2Q2015 (see Shale Daily, Feb. 12), while an executive with the consultancy IHS Inc. said a long-term deceleration of global oil demand is occurring (see Daily GPI, Feb. 5).