The future of oil and gas development in New Mexico’s portion of the Permian Basin hangs in the balance as the Bureau of Land Management (BLM) wraps up two weeks of public hearings to discuss a draft blueprint for resource development and environmental mitigation covering millions of acres in the state. 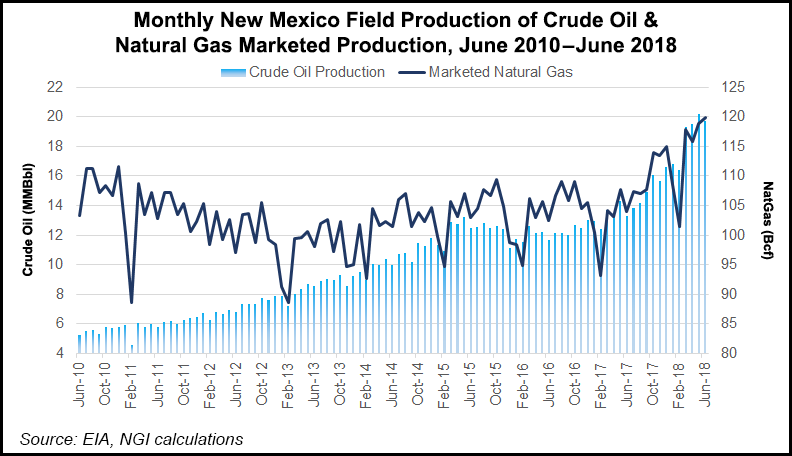 Even if it hadn’t been 30 years since federal land managers last wrote a new resource management plan (RMP) and accompanying draft environmental impact statement, the 1,500-page tome now being scrutinized in a series of eight public hearings ending Friday would command the oil and gas industry’s attention. Comments will be taken until Nov. 5.

More than 2.8 million acres of federal land and subsurface minerals are at stake, mostly in Lea and Eddy counties, the same jurisdictions that recently pulled in nearly $1 billion in a BLM oil and gas lease sale.

“We are currently reviewing the RMP and will be preparing comments for the BLM,” said New Mexico Oil and Gas Association (NMOGA) spokesman Robert McEntyre. “The RMP is an important component of energy development in southeast New Mexico, and any plan should focus on allowing growth in the economy and energy production to continue.”

Oil and gas operators in the Permian have been waiting a long time for a new RMP from BLM’s office in Carlsbad, NM, and the detailed document will be closely reviewed by the industry, said Permian Basin Petroleum Association’s Stephen Robertson, executive vice president.

“Companies and organizations like ours are combing through the document, paying great attention to details of different management scenarios, before providing official comments to the BLM,” Robertson said.

Stakeholders consider the BLM draft vital to the continued economic growth of Lea and Eddy counties, the two most active oil and gas counties in New Mexico. “This is nearly three million acres right in the heart of the most prolific crude oil producing basin in North America,” Robertson said.

According to Robertson, the draft RMP has relevance to the whole state. He said the oil and gas industry accounts for nearly one-third of the general revenues for New Mexico’s state government.

BLM’s draft RMP examines a status quo continuation of the existing plan and four variations of new approaches, aka alternatives A-D. The bureau identified a preferred approach, Alternative C, that may emphasize more diversity in public lands use.

While the preferred approach includes constraints on where mineral development might occur to a greater degree than the existing plan, and BLM acknowledges that it could result in some “short-term adverse impacts to the resource extraction business,” the bureau said long-term economic benefits could be gained from the approach.

Alternative C “best meets the purpose and need of the draft RMP/EIS and best addresses the key planning issues while providing for a balanced approach of protection and preservation of natural resources, along with providing for commodity production and extraction,” BLM said. It would rely on “management restrictions and/or direction” to resolve resource conflicts, as opposed to “geographic separation of uses or focused use of preservation areas.” Competing uses and resource values would continue to occur in the same areas, BLM said.

“For example, this alternative theme would rely on timing limitations and controlled surface use stipulations for mineral development rather than closing areas to mineral development or requiring ‘No Surface Occupancy,'” BLM said in the draft documents. “Another example would be permitting recreational use with accompanying required practices for users instead of closing areas to recreational access or confining that use to a specific area.”

The preferred approach is to allow the decision maker to determine if it is possible to manage conflict and allow true multiple uses without geographically separating conflicting uses, according to the draft RMP.

The four new alternatives would vary in total acres involved, ranging from a low of nearly 1.6 million acres (Alternative A) to more than two million (C and D), and varying the collective acres for special designation from more than 500,000 acres (B) to 98,000 acres (C) or as little as 29,000 acres (D). Alternative C is the only one to designate acreage (30,596 acres) as managed to “emphasize other multiple uses while applying management restrictions.”

Environmental consequences are assessed among the alternatives with the primary impacts coming from resource development, including oil and gas drilling. “Alternative C would allow for many uses to continue, but would constrain certain activities to maintain or protect impact on natural resources,” BLM said.