Spot gas prices in the Midcontinent, often the cheapest in the Lower 48, surged to as high as $600.00/MMBtu on Friday as snow, ice and subfreezing temperatures saturated the region. 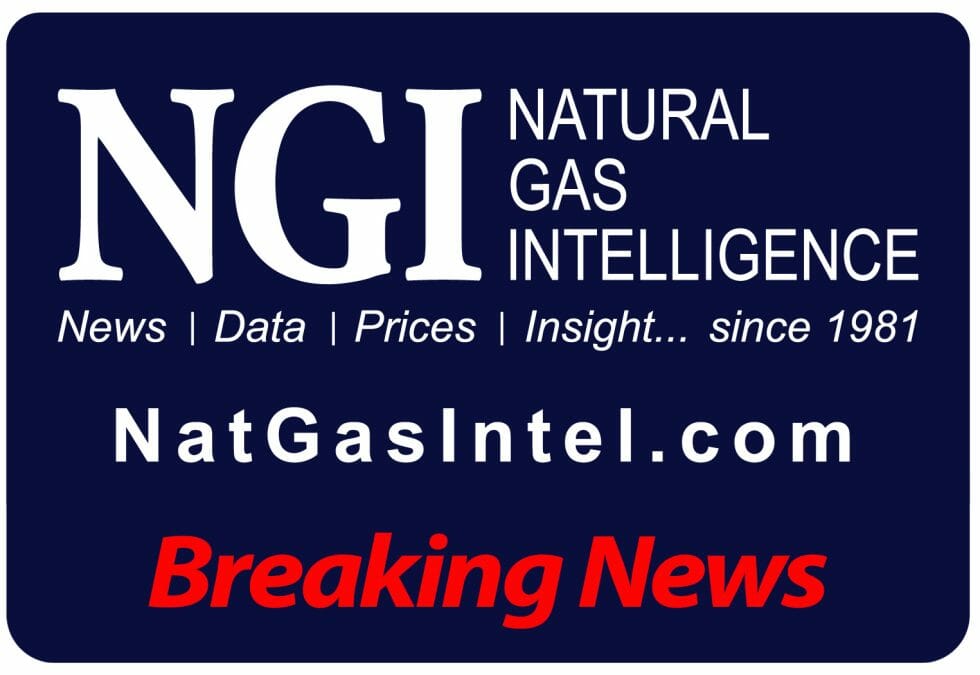 Oneok Gas Transmission, aka OGT, had been gaining traction over the past couple of days as a train of winter storms began barreling across the United States. At the start of the week, the Oklahoma point was trading in the $3.00 range. By Friday, no transaction was executed below $125.00.

AccuWeather said temperatures were forecast to dip to record levels in the 20s, teens and even the single digits in some cases by Saturday night in portions of Arkansas, Kansas, Oklahoma and Texas — and that is likely to set the stage for a major winter storm.

“It is a stormy, stormy pattern across the country,” said AccuWeather meteorologist Bernie Rayno.

The forecaster noted that anytime an Arctic air mass moves into Texas, there is concern about snow and ice because, at some point, warmer air is going to try to return. When warmer air collides with that colder air, “you get clouds and precipitation,” Rayno said.

“The other thing you look for is if you have any energy in the atmosphere coming toward Texas, and the answer is yes,” he added.

The setup, which is forecast to trigger an extensive swath of snow and ice, will be brought on by the interaction of Arctic air in place and a flow of warmer and moist air originating from the Pacific that is to sweep across Mexico and into Texas.

The electric grid operator for most of the Lone Star State warned of record power demand over the multi-day stretch of bitter cold. The Electric Reliability Council of Texas (ERCOT) said generators were asked to take necessary steps to prepare their facilities for the expected cold weather. The checklist includes reviewing fuel supplies and planned outages and implementing winter weatherization procedures.

ERCOT also is working with transmission operators to minimize transmission outages that could reduce the availability of generation or otherwise impact the ability of the system to serve demand.

The deep freeze sent gas prices skyrocketing ahead of the long Presidents’ Day holiday weekend. Houston Ship Channel spot gas traded as high as $225.00 according to MidDay Prices on Friday, while pipeline freeze-offs that started to accumulate in the Permian Basin sent Waha prices soaring as high as $350.00.

“Over the last year in Texas and Oklahoma, we’ve now had prices that have ranged between minus $10.00 to $600. Amazing,” said NGI’s Patrick Rau, director of Strategy & Research.

Mizuho Securities USA LLC’s Robert Yawger, director of Energy Futures, said it was odd that gas is “bid to the moon” in West Texas/Oklahoma/New Mexico at the same time oil “explodes to the upside.” He noted that there is plenty of gas/oil infrastructure overlap in West Texas, though the oil rally may be primarily driven by reports of an attack by Yemen’s Houthi rebels on a Saudi Arabia airport.

“Brent has also ripped higher, which tends to point to the Houthi angle as the reason for the rally…just speculating, but the gas situation is out of hand,” Yawger said.

RBN Energy LLC analyst Jason Ferguson said Permian production was off 1.5 Bcf/d day/day on Friday, with deeper cuts likely in the coming days. “Will know more on full impact over the weekend.”

Meanwhile, hefty price gains extended far and wide across the country, according to MidDay Prices on Friday.

In the Rockies, Cheyenne Hub cash jumped as high as $350.00 as overnight lows were forecast to tumble some 12 degrees below zero in Denver by Sunday.

The surge in heating demand resulted in rare storage withdrawals at the Aliso Canyon facility in Southern California. Wood Mackenzie said Friday Aliso had withdrawn a total of 2.57 Bcf over the past week.

SoCal Citygate spot gas traded to a $195.00 high for the three-day gas period.

On the East Coast, where snow and other wintry conditions are more common, prices started to come off recent highs. Algonquin Citygate spot gas tapped out at $14.00 on Friday, off from the $16.00 high the previous day. Transco Zone 6 NY hit $7.00, but was averaging slightly lower day/day.

Try as they may, futures traders struggled to drum up the same level of excitement over the late-season string of winter blasts powering across the country.

Nymex futures were higher Friday morning as cash prices skyrocketed on the frigid weather, but quickly sold off and moved into the red before midday. The March contract had since moved back higher but stood well below $3.00.

The American and European weather models both were a little warmer trending overnight. The midday Global Forecast System data was mixed but held the milder trend for Feb. 19-24, according to NatGasWeather. What remains an issue for the bullish case, according to the forecaster, is the 11- to 15-day outlook remains rather bearish as mild conditions are currently forecast to return over most of the United States for much lighter demand.

However, the damage from the current cold outbreak will have been inflicted as the current 152 Bcf surplus to the five-year average will flip to a deficit of more than than 200 Bcf in only three weeks, with further increases in deficits likely to follow.

“Essentially, the background state will be rather bullish if the supply/demand balance remains as is and as long as weather patterns don’t get too warm,” NatGasWeather said. “But price action speaks for itself, and bulls haven’t been able to get any traction this week as prices keep getting slammed lower every time they rally and attempt a breakout.”