A requirement implemented by the Obama administration that mandated a special braking system on oil-by-rail shipments has been dropped by the U.S. Department of Transportation’s (DOT) Pipeline and Hazardous Materials Safety Administration (PHMSA). 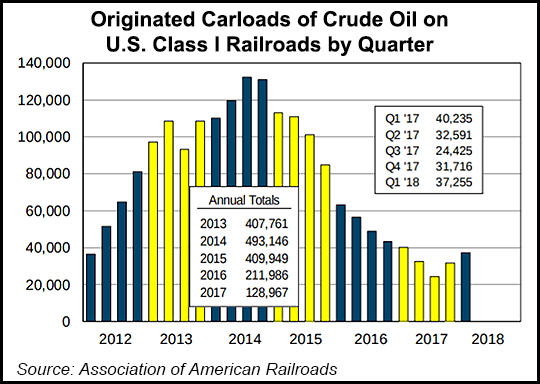 Following a Congressional-imposed requirement to conduct updated analyses of regulations in the Fixing America’s Surface Transportation (FAST) Act, an analysis by PHMSA showed that the expected costs of requiring ECP brakes would be “significantly higher than the expected benefits.” ECP was compared against other braking systems in the PHMSA regulatory impact analysis (RIA).

“The updated RIA incorporated new findings from ECP brake testing conducted by the Federal Railroad Administration and reviewed by the National Academy of Sciences,” a PHMSA spokesperson said.

PHMSA stressed that the review process included recommendations from the Government Accountability Office, along with updated cost/benefit data based on current U.S. economic conditions.

“The updated RIA found that the expected costs of ECP brakes are significantly higher than the expected benefits, and therefore the FAST Act required DOT to repeal the ECP brake requirement,” PHMSA concluded.

The rule was part of a broader set of regulations implemented in 2015 when oil shipments by rail were peaking. When the global oil price meltdown began in mid-2014, oil-by-rail shipments began to decline while pipeline transport has increased.

More stringent regulations emerged following North American train tragedies, including an incident in July 2013 in which a 73-car train crashed and exploded in Lac-Megantic, Quebec, igniting its cargo of crude oil. The tragedy killed as many as 40 people and forced the evacuation of almost 2,000. Another incident occurred on New Year’s Eve in 2013 when a BNSF train carrying crude oil smashed into another train, setting off explosions and fires in nine tanker cars near Casselton, ND.

PHMSA had, up until the final days of the Obama administration, proposed rulemakings aimed at tightening rules even more.