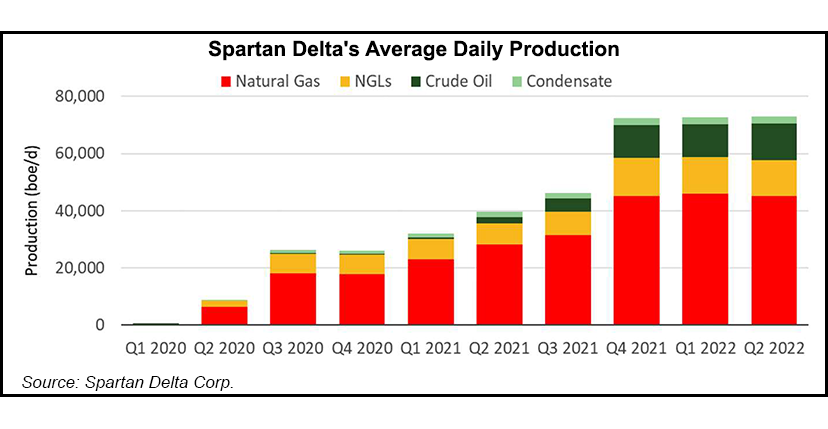 The independent put together a bundle of energy-rich properties from dealmaking in Western Canada that enriched the bottom line during 2Q2022.

During 2Q2022, production averaged 72,966 boe/d, up 84% year/year in part on the dealmaking. The gains were achieved even with unplanned downtime from third-party facilities and planned downtime from Spartan’s major facility turnaround operations, which were completed in the quarter.

While repaying debt incurred from the takeovers is a priority, management said the growth path also continues. To that end, Spartan increased its 2022 capital spending by 27% to $420 million. The increased capital is to be divided between Montney development and to cover anticipated overall cost inflation.

The producer recorded strong results from its drilling program in the second quarter, bringing online nine wells. Seven were in the Montney, which helped drive a 15% sequential increase in crude oil production, management said.

The company also brought two Cardium wells in the Deep Basin on production in April. Drilling also began drilling into the Viking formation in June.