A Southwestern Energy Co. official said the company will donate $900,000 to The Nature Conservancy to fully fund the first of a three-phase project to restore waterways in Arkansas’ portion of the Fayetteville Shale. 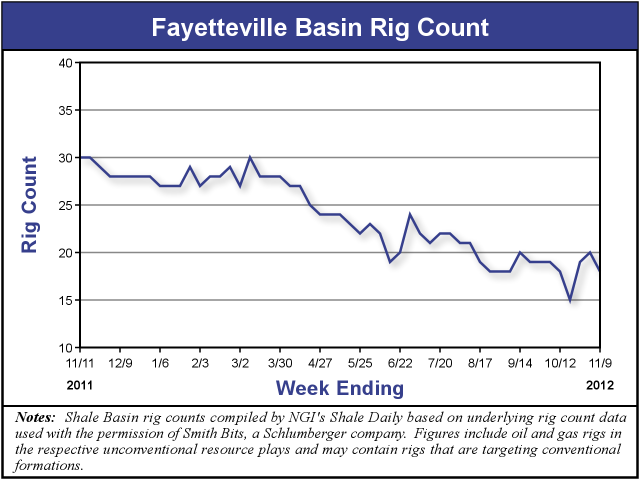 Mark Boling, president of V+ Development Solutions, a division of Southwestern, said the company would make the donation to help the environmental group’s Archey Fork restoration project. Boling told attendees of Conservancy’s annual Partners in Conservation luncheon in Little Rock on Thursday that V+ was formed in April to develop projects to benefit the environment.

“As part of this initiative, [we] approached The Nature Conservancy of Arkansas to help in identifying potential partnership projects that would benefit residents of the Fayetteville Shale,” Boling said. “We are proud to join in the effort to restore the Archey Fork to a condition that will improve habitat for a variety of rare aquatic species, protect and improve water quality in Greers Ferry Lake, and improve recreational opportunities in the area.”

The Conservancy said it has been working with the U.S. Army Corps of Engineers, the U.S. Fish and Wildlife Service, the Arkansas Game and Fish Commission and the City of Clinton, AR, to restore 3.2 miles of the Upper Little Red River, at the confluence of the South Fork and Archey Fork. In the mid-1980s, the river was straightened and widened to mitigate flooding.

The Conservancy said the Upper Little Red River is threatened by sediment from decades of eroding river banks, run-off from rural roads and the clearing of riparian forest. Sediment is also affecting Greers Ferry Lake, which provides hydropower, recreational activities and drinking water for more than 200,000 people.

“Water quality of both the Little Red River and Greers Ferry Lake is important for the economic vitality of Clinton and the region,” said Scott Simon, Nature Conservancy of Arkansas director. “With [Southwestern’s] generous contribution we are one step closer to protecting and improving these precious resources.”

According to The Conservancy, the first and second phases of the project will restore approximately one mile of the Archey Fork near Clinton, and the third phase will restore two miles of the South Fork. Construction is scheduled to begin in the summer of 2013.

Southwestern recently said it had placed 105 operated wells into production in the Fayetteville Shale and was running 11 rigs there, including seven capable of drilling horizontal wells (see Shale Daily, Nov. 5). At the end of September, the company was grossing about 2 Bcf/d in production from the play, with wells placed into production during 3Q2012 averaging initial production rates of 3,857 Mcf/d.

There were 18 unconventional rigs operating in the Fayetteville Shale last week, a two-rig decline from the previous week and 30 fewer than a year ago, according to NGI’s Shale Daily Unconventional Rig Count.