Southwestern Energy Co. shifted toward producing more dry natural gas in the second quarter as it anticipates a rebound in prices as the winter nears. 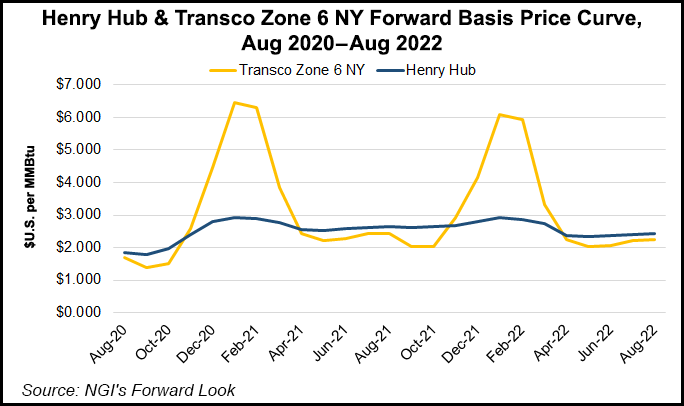 The company had been focused on the wet gas window in West Virginia, but shifted more rigs to Northeast Pennsylvania with planned well counts now divided equally between the two states for the remainder of the year.

“As a result of our shift in activity, we have reshaped our capital program to have a flatter profile across the first three quarters before tapering off in the fourth quarter to assure that we invest within our capital plan,” said COO Clay Carrell during a call last week to discuss second quarter results. “Total equivalent production in the second half is unchanged with lower natural gas liquids and oil production offset by higher natural gas production all associated with the shift in activity that began in the second quarter.”

The shift has also prompted Southwestern to tighten its production guidance range from 830-865 Bcfe to 843-861 Bcfe. Capital guidance was lowered slightly at the high end and is now forecast at $860-915 million.

Southwestern produced 201 Bcfe during the second quarter, including 1.7 Bcf/d of natural gas and 79,000 b/d of liquids, compared to production of 186 Bcfe in 2Q2019. The Southwest Appalachia division produced 88 Bcfe in 2Q2020, while the Northeast Appalachia division produced 113 Bcf. The company now expects to drill 45-50 wells  and complete up to 45 in each part of the basin this year.

Average realized prices, including transportation costs, declined by 24% year/year in the second quarter to $1.65/Mcfe.

Southwestern reported a second quarter net loss of $880 million (minus $1.63/share), compared to net income of $138 million (26 cents) in the year-ago period. The 2Q2020 loss included $655 million of noncash impairments and a $229 million noncash loss on unsettled derivatives.