Southwest Gas Corp. is making progress in its efforts to bring renewable natural gas (RNG) to Arizona and California, with the completion of a pipeline interconnection to its natural gas distribution system. 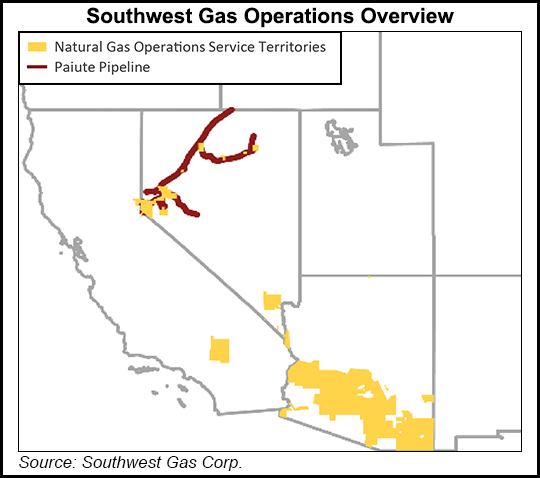 The Las Vegas-based utility partnered with SoCal Biomethane LLC, an Anaergia Inc. subsidiary, and North Sky Capital in a public-private partnership to bring RNG to market. The pipeline interconnection to Southern California  would be from the Victor Valley Wastewater Reclamation Authority (VVWRA) to the system.

“The project provides operational and capacity resiliency for the future of VVWRA by improving our infrastructure with greater operational flexibility and increased digester redundancy and capacity needed for future growth, while benefiting the agency economically.”

“This collaborative project shows how Anaergia can convert wastewater treatment facilities into resource recovery centers in California and beyond, offering a cost-effective solution for municipalities who want to use their food waste to create renewable energy,” said Anaergia COO Yaniv Scherson.

With the completion of the pipeline, Southwest Gas said RNG should be flowing through the system later this month. Once fully in production, RNG operations are estimated to divert more than 6,000 metric tons/year of methane

The VVWRA is one of five RNG interconnect projects Southwest Gas took on in 2021. There are three at dairy farms and one with the Tres Ríos Water Reclamation Facility in Tucson, AZ. Including the VVWRA in California, the five projects are expected to produce more than 10 million therms of RNG each year.

Southwest Gas expects all five facilities to be fully operational by the end of 2022, with the earliest, Tres Ríos, beginning operations last September.