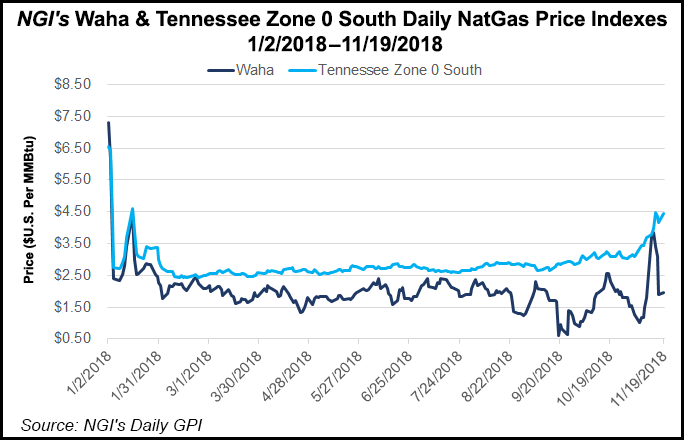 The South Texas facility, which has been idle since 2017, is expected to see initial natural gas liquids (NGL) production in December, with an ultimate capacity of 22,500 b/d.

“Over the past few months, we’ve completely reinspected the equipment at Bonnie View, and we’ve ensured the facility is properly staffed and our employees are well trained,” new CEO James Swent said last Wednesday on a call to discuss quarterly earnings.

Capital expenditures related to the restart are estimated to be about $1.5 million, $1 million less than originally expected.

Meanwhile, Southcross parent company Southcross Holdings Borrower LP is expected to close on the sale of its Robstown fractionation facility near Corpus Christi, TX, in the next few days. The holdings company agreed in early October to sell its Robstown facility, along with certain pipelines and other related assets, to EPIC Midstream Holdings, LP (EPIC) and subsidiary EPIC Y-Grade Holdings LP.

Under the terms of the agreement, EPIC will assume all the NGL purchase and sale agreements associated with the Robstown fractionators, including those with the partnership. Since these agreements will remain in place, no direct impact is expected on Southcross’ operations, contracts, customers, or financial results, according to Swent, who joined the company in September.

“We believe that EPIC is a strong buyer with a good counterparty risk and anticipate that EPIC will continue to invest in the region,” Swent said.

The company chief said Southcross continues to see an improved commercial environment in the Eagle Ford, with the overall rig count holding steady recently and up about 10 rigs since this time last year. “Even with a steady rig count, overall Eagle Ford natural gas and crude production is up during the past six to nine months as producers continue to refine their completion techniques, Swent said.

“While our producers are just now developing their budgets and drilling plans for 2019, we believe that natural gas, NGL and crude prices in the Eagle Ford will be superior to the Permian due to lack of infrastructure constraints, which should favor drilling in the first half of 2019,” Swent said.

In addition, the midstream company expects a turnover of acreage to new entrants in the Eagle Ford to provide opportunities to add new gas packages to its system in 2019.

Southcross chief commercial officer Joel Moxley attributed the increased interest in the Eagle Ford to the tight infrastructure issues in the Permian. “Netback pricing for natural gas and natural gas liquids and crude oil in Eagle Ford are very much superior to what we see in the Permian Delaware basin right now because of logistics issues out in the West. So some producers are moving their activities to the Eagle Ford. We are also seeing producers properties change hands as some of those producers are starting to ramp up their interest in the Eagle Ford.”

Meanwhile, management for Southcross, which terminated its proposed merger with American Midstream Partners LP (AMID) at the end of July due to a funding failure by AMID, indicated the pursuit of strategic alternatives remain a primary area of focus for its board and management team.

“While we’re restricted in the level of detail that we can share with you, I want you to know that we continue to have active discussions with our banks regarding our compliance with the covenants under our credit agreements and the maturity of our revolver in August of 2019. Discussions with potential counterparties related to strategic sales alternatives are also ongoing,” Swent said.