Enbridge Inc. and the King Ranch Inc. are contributing to a research project designed to make part of the path of the under-construction 168-mile Valley Crossing Pipeline in South Texas a migratory flyway for the monarch butterfly. 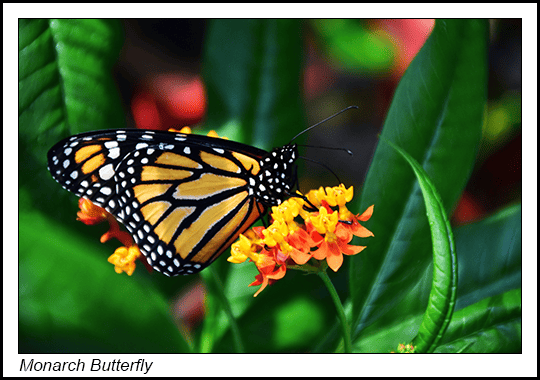 “This project represents one of the largest scale and most ecologically significant monarch habitat restoration efforts ever attempted,” said Forrest Smith of the Caesar Kleberg Wildlife Research Institute (CKWRI) in Kingsville, TX, which is sponsored in part by the Texas ranch.

The CKWRI is experimenting with native seeds, which are to be planted along the pipeline right-of-way that lies within a primary corridor of the monarch butterfly along the Texas Gulf Coast. Enbridge and the ranch have contributed $100,000 to the project.

There has been a declining population of the large orange butterflies with lacy black and white borders in recent years. A significant portion of the monarch population crosses the region in both spring and autumn going to and from wintering grounds in Mexico.

A 42-mile portion in Kenedy County of the the 176-mile pipeline path from near Aqua Dulce to the Gulf of Mexico would be planted by the wildlife institute with native grasses, forbs and legumes needed for monarch habitat.

The grant would also fund CKWRI’s outreach activities with landowners and other community stakeholders.

Enbridge’s Bill Yardley, president of gas transmission and midstream, said the company was “impressed by the work done by the Caesar Kleberg Wildlife Research Institute to restore critical natural resources and believe this project will benefit landowners, industry, and the habitats of this region and beyond for years to come.”

In October 2017 FERC issued a presidential permit and granted authorization for Valley Crossing Pipeline LLC to construct and operate the 2.6 Bcf/d cross-border natural gas pipeline between Texas and Mexico, where it would be used for power generation and industrial customers.

The order authorized Valley Crossing to build about 1,000 feet of 42-inch diameter pipeline extending from a point in Texas state waters, about 30 miles east of Brownsville on the Texas border, to the international border with the Mexican state of Tamaulipas, in the Gulf of Mexico [CP17-19].

According to the order, the pipeline would be placed by an anchored pipe-lay barge and buried about three feet under the seafloor using a jetting sled. Valley Crossing told the Federal Energy Regulatory Commission that Infraestructura Marina del Golfo S. de RL de CV (Marina), an unaffiliated Mexican pipeline, would construct about 500 miles of pipeline on the Mexican side of the border, with an interconnect at a facility at the Port of Tuxpan.

Marina is a joint venture (JV) between TransCanada Corp. and Infraestructura EnergÃ©tica Nova SAB de CV, aka IEnova, which is a subsidiary of Sempra Energy. The JV’s 2.6 Bcf/d project, known as the Sur de Texas-Tuxpan pipeline, is expected to come in service this year.