Houston-based Baker Hughes Inc. plans to reduce pay for some of its U.S. staff by 5% beginning in mid-September through the end of the year. 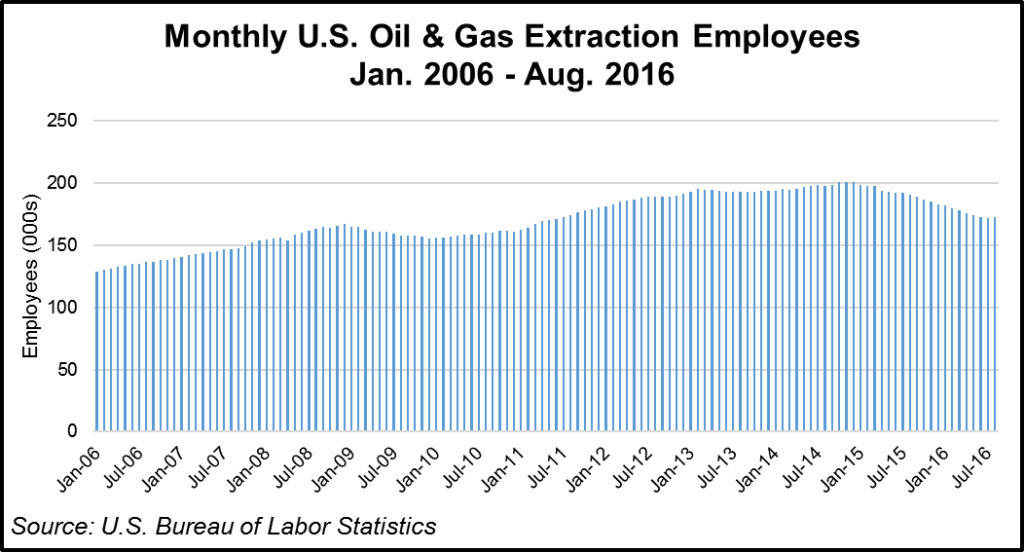 The pay reduction for certain employees is set to begin Sept. 11, the company confirmed Friday. The No. 3 global oilfield services (OFS) provider laid off 3,000 people during the second quarter to bring its workforce to around 36,000 in July (see Shale Daily, July 28). Baker employed 43,000 at the end of last year, according to its 2015 annual report.

“In response to challenging industry conditions, Baker Hughes has implemented a temporary 5% pay reduction for certain U.S. employees during the last 14 weeks of 2016, while providing those employees four additional paid holidays,” the company said in a statement. “These efforts will allow us to lessen the need for additional workforce reductions while remaining focused on serving customers and maintaining safe, compliant operations.”

“We don’t expect to see any meaningful recovery in the second half of the year,” Baker CEO Martin Craighead said during a second quarter conference call.

In the first six months of this year No. 1 OFS operator Schlumberger Ltd. laid off about 16,000 people (see Shale Daily, July 22). No. 2 Halliburton Co. also fired 5,000 during the second quarter, almost 9% of its global workforce.