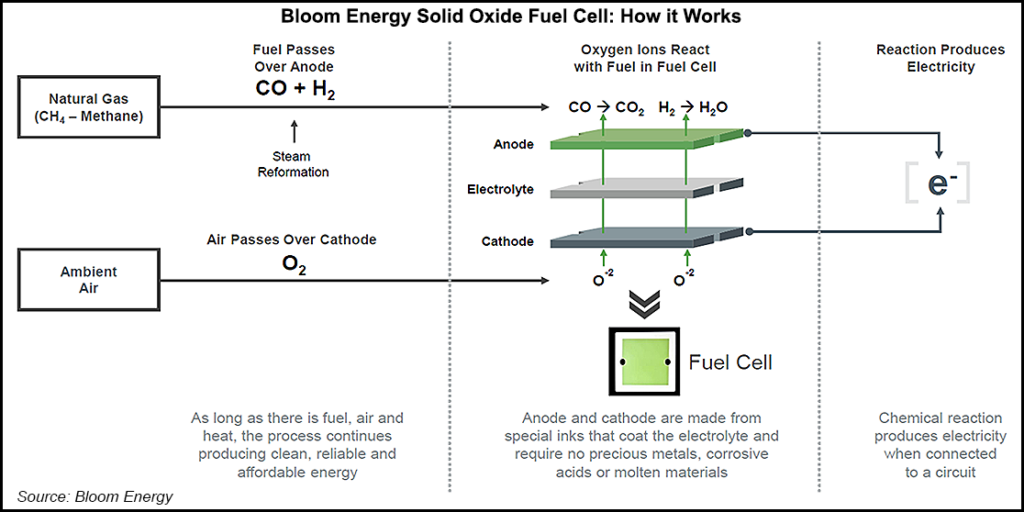 The fuel cells at a major regional warehouse and an office location use natural gas and oxygen that goes through an electrochemical reaction to produce electricity without any combustion. Bloom servers operate at 60% efficiency as one of the most efficient power solutions currently available, SoCalGas spokesperson Melissa Bailey said.

GHG emissions are reduced by the equivalent of emissions produced by electricity used in more than 100 homes, and smog-forming pollutants and particulate matter are reduced more than 99%, Bailey said. The California Air Resources Board has certified the Bloom servers as distributed generation technology, which do not require a generation permit.

Bloom’s Kris Kim, managing director, said the fuel cells are being installed throughout Central and Southern California using gas from SoCalGas’ distribution system. It is part of a growing trend toward distributed energy resources used in the event of natural disasters and outages, such as the wildfire-preventive public service power shutoffs, Bailey noted.

Kim said Bloom has deployed servers at 600 sites globally, including more than 85 microgrids, and they have powered through more than 1,500 grid outages.

SoCalGas President Maryam Brown said the onsite generation systems ensure safe and reliable service to 22 million customers. “It is yet another way we are demonstrating our commitment to be an industry leader supporting a  21st Century energy system.”