With more than two dozen wildfires now burning across the state, Southern California Edison Co. (SCE) said it has reached a $1 billion-plus settlement with insurance companies on the major fires involving its equipment in 2017 and 2018. 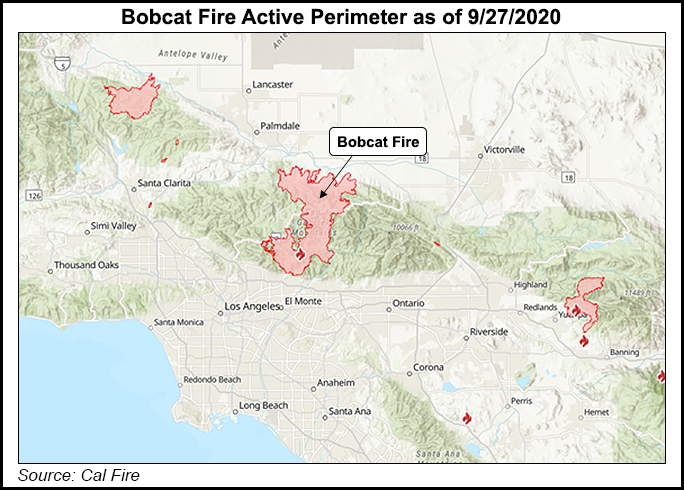 The SCE settlement covers the 2017 Thomas and Koenigstein fires and 2018 mudslides in Montecito near Santa Barbara, CA. SCE did not admit liability in the agreement.

In a filing with the Securities and Exchange Commission, SCE said it agreed to pay $1.16 billion, releasing the utility and parent company Edison International (EI) from any new claims related to the incidents. SCE estimated that expected losses for the remaining alleged and potential claims total $4.6 billion as utility infrastructure is intertwined with the fires. For 3Q2020, SCE anticipates a net charge to earnings of $878 million after taxes.

SCE said it intends to seek reimbursement for some of the settlement from $843 million of its remaining wildfire insurance.

Separately, EI earlier in September said a 12 kV circuit from a substation experienced a mishap near the ongoing Bobcat Fire in a national forest near Los Angeles. The incident has consumed more than 130,000 acres.