SM Energy Co. has increased its full-year production guidance for the second time in a month on better-than-expected output in the Permian Basin and South Texas. 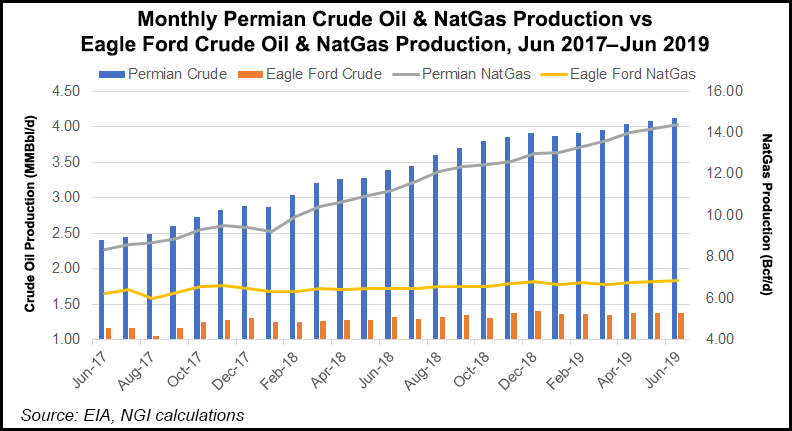 The Denver-based independent boosted its full-year guidance to 47-47.8 million boe/d, the midpoint of which is 1% higher than the June forecast.

Second quarter production was 12.4 million boe (136,500 million boe/d), up by 16% sequentially and 18% year/year. Oil comprised 44% of output during the quarter and liquids made up 62% of production volumes.

SM lowered its guidance for 2019 capital spending to $1.03 billion, roughly $70-80 million per month for the rest of the year, citing improved efficiencies. That marks a decrease from the previously forecast capital spending outlook for the year of roughly $1.35 billion.

In March, SM said a package of completed wells in the Permian were impacted when a third-party natural gas processing facility declared a force majeure and went offline. High winds in West Texas in mid-March also caused electrical outages, which interrupted artificial lift installations on several wells, resulting in some temporary production shut-ins.