More U.S. land-based drilling rigs returned to play in the Baker Hughes Inc. (BHI) rig count released Friday, but the pace of return slowed from the previous week. The Permian Basin turned in another strong showing. 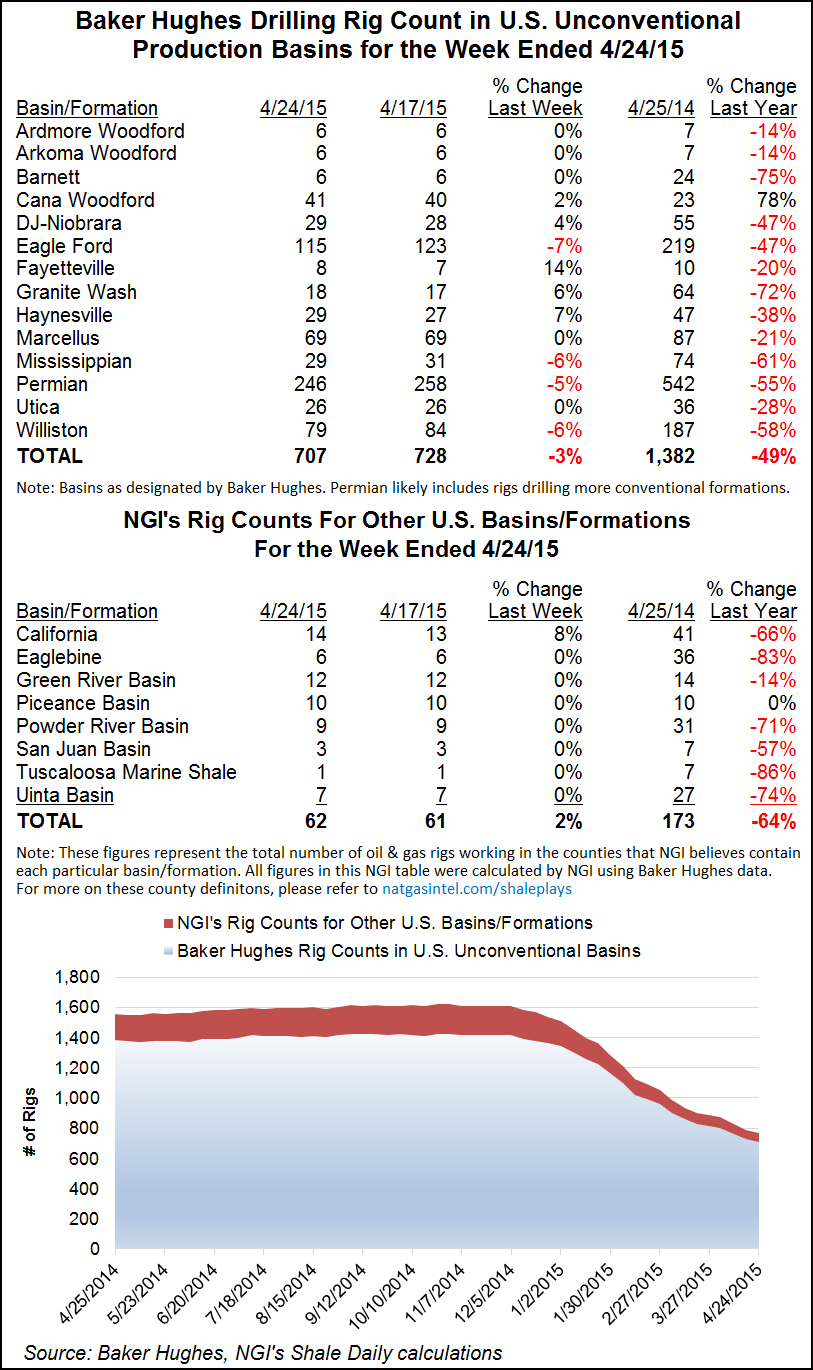 Five land-based rigs returned, making for a total of 422. Three rigs returned to the offshore while one left the inland waters. The overall U.S. count climbed by seven units to rest at 447 for the week. Six oil rigs returned, accompanied by one natural gas rig. Seven directional rigs came back, along with one horizontal unit. One vertical rig departed.

Canada saw its rig tally jump by 14 units to 95. Seven oil rigs and seven gas rigs came back. At week’s end, the North American tally of running rigs stood at 542 compared with 1,049 one year ago.

In the United States, the Barnett Shale saw the departure of four units to end at five rigs left there. The Permian Basin added two units, making it the biggest gainer among U.S. plays. New Mexico added four rigs and Louisiana gained three, making them the leaders among states.

In the Permian, the Midland sub-basin has been seeing more activity of late than the Delaware sub-basin, wrote BTU Analytics analyst Marissa Anderson in a note published Tuesday. “The number of horizontal wells drilled in Midland County, TX, in particular, reached a new record high of over 50 wells and accounts for the majority of the increase seen from May to June,” she wrote.

The activity increase in the Midland is mainly due to Pioneer Natural Resources Co. (see Shale Daily, June 16), which has been proving up acreage in the Wolfcamp and Lower Spraberry, Anderson wrote. The company is on track to drill more than 200 horizontal wells this year. Meanwhile in the Delaware, Concho Resources Inc., Anadarko Petroleum Corp. and EOG Resources Inc. remain top operators, Anderson wrote.

In both regions of the Permian, top operators are on track this year to drill a similar number of wells as they did last year, she said. “We are halfway through the year and most have drilled at or above 50% of the total amount of wells they drilled in 2015,” she said. “The Permian will be a key region for U.S. oil supply as the market continues to recover over the later part of 2016 and into 2017.”