Sino American Oil Co. reported Tuesday that it plans to acquire a majority stake in a North Texas oil field. 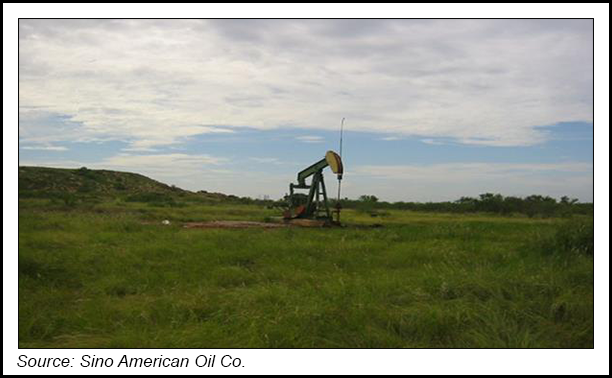 The Wyoming-based company said that it would obtain a majority working interest in the Piave Oil Field, located in Throckmorton County, TX, by way of a newly signed memorandum of understanding (MOU) with Estacado Energy LLC.

Halvorson told NGI’s Shale Daily that the Piave field is neither part of the currently defined Barnett Shale nor the Cline Shale.

According to the Railroad Commission of Texas (RRC) online oil and gas database,  Estacado has been the Piave field operator since March 2008. Veneto Exploration LLC had been the previous operator from August 2007, the RRC database showed. The RRC report stated that the Piave field produced a total of 31,874 bbl of oil through October.

The MOU outlines a $600,000 purchase price, $200,000 of which would be in Sino American common stock. Sino American said that it would advance another $50,000 by Jan. 6 toward operations to recomplete existing wells and boost the production of other wells.

Estacado founder Dennis Eubanks called Sino American “the right management fit and partner” for the next phase of the Piave field development. “The oilfield includes the surface down hole equipment and current inventory of oil in tanks as well as 320 acres” of leases ready for exploration and drilling.

Halvorson said Sino American would hold 100% of the working interest of the 320 acres defined in the two leases, less any federal and/or state fees. The company does not own the mineral rights in the two leases.

According to Sino American, the firm is “actively looking to raise money to build on this asset to expand into more exciting projects as further funding allows.”

Halvorson said the company is “comfortable saying there are at least three to five drill sites” in the western section of Piave. She added that, given geophysical work, “there may be a Caddo and/or Mississippian” site capable of being drilled. However, she cautioned that “we cannot fully know until we start the drilling project on those new wells.”