The Sierra Club has reached a rare settlement with Talen Energy that would require the power generator to burn only natural gas at one of its plants in southeast Pennsylvania during the summer months when ozone is at its highest and stop burning coal completely beginning in 2029. 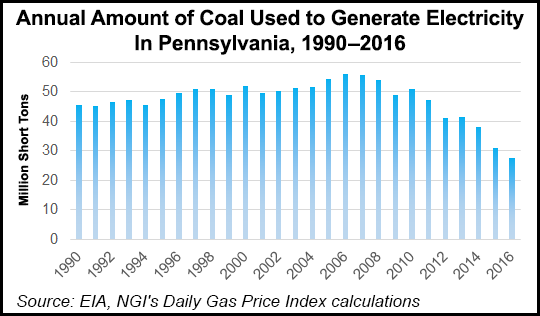 If approved, the settlement would resolve a lawsuit that the Sierra Club plans to file over alleged pollution from the plant. A consent decree is to be filed with the complaint in May that would seek the U.S. District Court for the Middle District of Pennsylvania’s approval.

Under the terms of the settlement, Talen’s 1,411 MW Brunner Island Power Plant in York County would be required to burn only natural gas between May 1 and Sept. 30 beginning in 2023. The facility is dual-fuel, capable of burning both coal and natural gas. The plant would be allowed to burn coal during emergencies as determined by grid operator PJM Interconnection.

Sierra Club has fought aggressively to stop natural gas infrastructure across the country. However, coal produces roughly twice as much carbon dioxide than gas when it is burned for power.

In unrelated news, FirstEnergy Corp. announced that it would close its 1,300 MW coal-fired Pleasants Power Station in Willow Island, WV. The company said Friday the facility would be sold or closed by Jan. 1. The Federal Energy Regulatory Commission denied FirstEnergy’s attempt to transfer the plant to one of its regulated utilities, finding that its proposal wasn’t competitive enough for other power producers serving the region.

FirstEnergy is working to leave the wholesale power generation market and transition into a fully regulated company.