Royal Dutch Shell plc is moving forward with an overhaul and name change after shareholders on Friday overwhelmingly supported a plan to simplify the business structure. 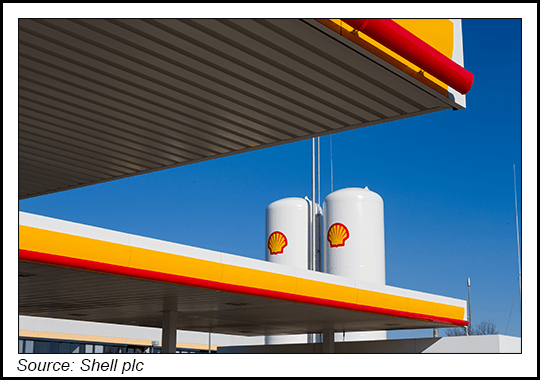 On the resolution to adopt the new Articles of Association, 99.8% of the voting shares were in favor of the move. The overhaul could be completed in early 2022.

“This resounding support from shareholders to amend Shell’s Articles of Association will enable a simplification of the company’s share structure and an increase in the speed and flexibility of capital and portfolio actions,” said Chair Andrew Mackenzie. “The board believes that the simplification will strengthen Shell’s competitiveness and accelerate both shareholder distributions and delivery of its strategy to become a net-zero emissions energy business by 2050, in step with society.”

The board proposal, launched in mid-November, came less than one month after activists called for an overhaul. Hedge fund Third Point LLC wants Shell to be split into at least two businesses. One would house the global liquefied natural gas assets and the renewables arm. The other would hold the legacy oil and gas portfolio.

A final decision on the restructuring would be made once consultations with the “relevant Shell staff councils” are completed, Mackenzie said. “The board intends to proceed with the simplification as soon as reasonably practicable provided that it remains, in the board’s view, in the best interests of the company and shareholders as a whole.”

Changing the share structure and establishing a single line of shares “is simpler for investors to understand and value.”

The “conventional single share structure,” said Mackenzie, would allow Shell to “compete more effectively.” Among other things, the simplification would allow distributions to be “accelerated” for share buybacks, “as there will be a larger single pool of ordinary shares that can be bought back.”

Shell began a $2 billion buyback program in July. In September, Shell said it would return an additional $7 billion to shareholders after completing the sale of its Permian Basin assets to ConocoPhillips. The sale was recently completed.

Overhauling the business structure also is eyed as a way to strengthen Shell’s ability to “rise to the challenges posed by the energy transition, by managing its portfolio with greater agility,” according to the board.

In addition, the changes “reduce risk for shareholders,” and is “in line with competitors and most other global companies. The current complex share structure is subject to constraints and may not be sustainable in the long term.”

Under the board proposal, Shell also plans to align its tax residence in the UK, where it is incorporated. Shell has Dutch tax residence and a dual share structure with the UK since 2005.

“Notwithstanding Shell’s continued and significant presence in the Netherlands, it is anticipated that the company will no longer meet the conditions for using the honorary ‘Royal’ designation,” the board noted.

“Carrying the designation has been a source of immense pride and honor for more than 130 years,” but the formal name would be changed to “Shell plc.”

Shell has no plans to end its businesses in the Netherlands, however.

“Shell is proud of its Anglo-Dutch heritage and will continue to be a significant employer with a major presence in the Netherlands,” the board said. “Its Projects and Technology division, global Upstream and Integrated Gas businesses and renewable energies hub remain located in The Hague.”

Growth is planned off the Dutch coast, where Shell is working on wind projects. In addition, a  low-carbon biofuels plant is planned for the Energy and Chemicals Park in Rotterdam. It also has set its sights on building what could be Europe’s “biggest electrolyzer in Rotterdam.” In addition, Shell plans to participate in the Porthos carbon capture and storage project in the Netherlands.

All of the proposed projects, said the board, “underline the importance of the Netherlands to the company’s energy transition activities.”