An offshore oil and natural gas complex in the deepwater Gulf of Mexico (GOM) is likely to be offline for repairs for months because of damage inflicted by Hurricane Ida, Royal Dutch Shell plc said Monday. 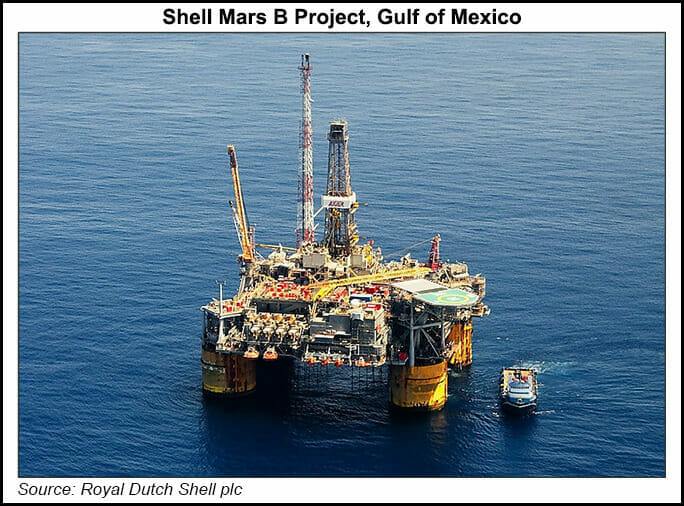 A “comprehensive damage assessment” was conducted by Shell Offshore Inc. following Ida, which stormed through the GOM at the end of August. The assessment determined that the West Delta-143 (WD-143) in Mississippi Canyon sustained “significant structural damage.”

Following a flyover earlier this month after Ida came ashore in Port Fourchon, LA, on Aug. 29, Shell had identified some damage to the platform facilities. It did not indicate at that time how extensive it might be.
In the new update Shell said the WD-143 “A” platform facilities would be shut down until the end of this year. The WD-143 “C” platform may be operational during the fourth quarter.

“The WD-143 facilities serve as the transfer station for production from our assets in the Mars corridor in the Gulf of Mexico to onshore crude and natural gas terminals,” Shell noted.

Shell’s Perdido assets in the southwestern GOM were never impacted by Ida. In addition, the Turritella floating production, storage and offloading vessel, also known as Stones, is online.

“At this stage of the recovery, approximately 60% of Shell-operated production in the Gulf of Mexico is back online,” the producer said. “As we continue to assess and address the impact of Hurricane Ida on our businesses, our top priorities continue to be the protection and recovery of our people and assets, the community and the environment.”

Personnel remained evacuated from 36 production rigs as of Monday, or around 6.4% of the 560 that are manned, BSEE noted. Two unmoored rigs, aka dynamically positioned, also remained off location.