After cutting its dividend at the height of the pandemic last year, Royal Dutch Shell plc plans to give back to shareholders, with distributions set to rise on an improving commodity price outlook. 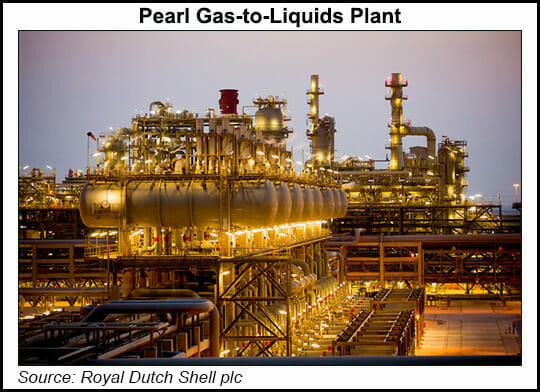 The Anglo-Dutch supermajor previewed its 2Q2021 results on Wednesday, ahead of reporting on July 29. Shareholders had endured a dividend cut in April 2020, the first time since World War II. There was better news to report on Wednesday.

“As a result of strong operational and financial delivery, combined with an improved macroeconomic outlook, Shell will move to the next phase of its capital allocation framework,” management said.

Once the board signs off, distributions are to increase to 20-30% of cash flow from operations. The better pricing also is helping to eliminate its targeted “net debt milestone” of $65 billion, which is being retired.

Still, even with stronger commodity prices, there are no plans to boost spending, with capital allocation for 2021 set at under $22 billion.

Furthermore, there are some signs of a shortfall in the second quarter results. Notably, the Integrated Gas segment, which houses the liquefied natural gas (LNG) trading business, saw more maintenance activity than had been initially forecast.

Management had signaled in April that maintenance activities would cut into production and liquefaction volumes between April and June. However, Integrated Gas “trading and optimization results are expected to be significantly below average and similar to the first quarter,” management said.

Shell in April also had forecast that LNG liquefaction volumes would average 7.6-8.2 million metric tons (mmt) in 2Q2021. The preliminary results show volumes of 7.1-7.7 mmt, versus sequential volumes of 8.16 mmt.

More positive results are seen in the Oil Products segment, with marketing margins stronger than in the first quarter. The results came from “strong retail unit margins,” partly offset by lower lubricant margins as there were shortages in base oils and additives.

Oil sales volumes are expected to average 4-5 million b/d. Refinery utilization is forecast at 75-79%. Meanwhile, the trading and optimization results should be “average,” similar to the first quarter.

In other news, Shell Gas & Power Developments BV and Germany’s Uniper Hydrogen GmbH have signed a memorandum of understanding to potentially accelerate a European hydrogen economy.

The partners said they plan to find “joint opportunities to couple industrial and mobility demand with hydrogen supply, production and storage.” The companies plan to assess existing projects in Germany and the Netherlands, as well as other European countries.