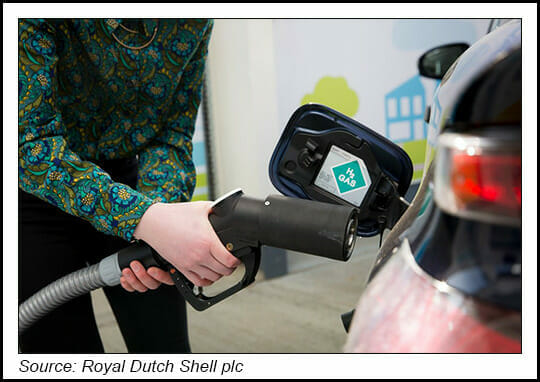 The Department of Energy (DOE) Hydrogen and Fuel Cell Technologies Office, which awarded the project, wants the group to demonstrate that a large-scale LH2 tank, with capacity of 20,000-100,000 cubic meters, is “feasible and cost competitive at import and export terminals.”

Shell International Exploration and Production Inc. is joined by McDermott International Ltd.’s CB&I Storage Solutions, NASA’s Kennedy Space Center, GenH2 and the University of Houston (UH) to chart the path in the largely untapped field to commercialize hydrogen “as an accessible, affordable and low-carbon energy commodity.”

DOE is providing $6 million for the project, with Shell and CB&I each throwing in an additional $3 million.

“A cost-effective, long-range hydrogen supply chain can have a transformative impact in shaping a sustainable future for energy,” said Shell’s Yuri Sebregts, chief technology officer. “Our consortium recognizes that this project can become a cornerstone in making that future possible. It’s a sizable engineering challenge — but we have the right people, partners and outlook to deliver this first-of-its-kind LH2 storage technology.”

Without hydrogen in the energy mix by 2050, “we cannot aim to be a net zero economy,” Shell CEO Ben van Beurden said earlier this year.

McDermott plans to leverage its 60 years of LH2 storage technology expertise within the CB&I business “to exponentially scale up safe capacity thresholds to meet growing demands,” said COO Samik Mukherjee. “This consortium will accelerate that momentum as we work together to advance the next generation of sustainable energy.”

The consortium would collaborate to develop a “technically innovative and economically viable concept design.” It also would engineer and construct a scaled-down demonstration tank to validate the feasibility of the design and the thermal model for commercial-scale design.

Plans to invest in hydrogen are underway around the world, with the European Union, Japan, South Korea and the UK all going for the blue and green.

Canada late last year unveiled a hydrogen strategy estimated to be worth $40 billion. Natural Resources Minister Seamus O’Regan has vowed to make Canada a global leader in the field. “Hydrogen’s moment has come,” he said.

Titusville, FL-based GenH2, which provides LH2 infrastructure, “is focused on establishing efficient manufacturing capabilities and repeatable processes to mass produce standard solutions for hydrogen production, liquefaction, storage and transfer,” said CEO Cody Bateman. “We’re excited to be part of this consortium in demonstrating the viability of LH2 storage solutions that will facilitate a global shift to carbon free energy.”

Will Blue And Green Hydrogen Be Exported?

NASA’s Adam Swanger, principal investigator for the Cryogenics Test Laboratory at Florida-based Kennedy, said, “For many years, Kennedy has had the largest liquid hydrogen storage tanks in the world, and we’re excited to lend our years of experience in working with liquid hydrogen and liquid nitrogen to assist with this project.”

The project is designed to advance the United States as a global energy leader in LH2-based supply chain development to commercialize blue and green hydrogen export opportunities.

UH is tasked with creating detailed thermal models of the proposed insulation systems.

UH’s Vemuri Balakotaiah chairs the William A. Brookshire Department of Chemical and Biomolecular Engineering. He said students and post-doctoral fellows would work alongside the other consortium companies.

DOE said the endeavor supports the goals of its H2@Scale and Hydrogen Shot initiatives to reduce the cost of “clean” hydrogen and advance its role in the energy transition.

“The ability to transport hydrogen between countries via pipelines and ships will be a key element of the future energy system,” DOE noted. “Multilateral cooperation between government and industry, as well as coordinated investment in infrastructure, ships and international standards, are fundamental to achieving an effective hydrogen supply chain.”