The Lone Star State’s Rainy Day Fund purse has grown fat from oil and gas tax revenues, and that’s expected to continue as Texas drillers drive production to new heights, according to the Texas Taxpayers and Research Association (TTARA). 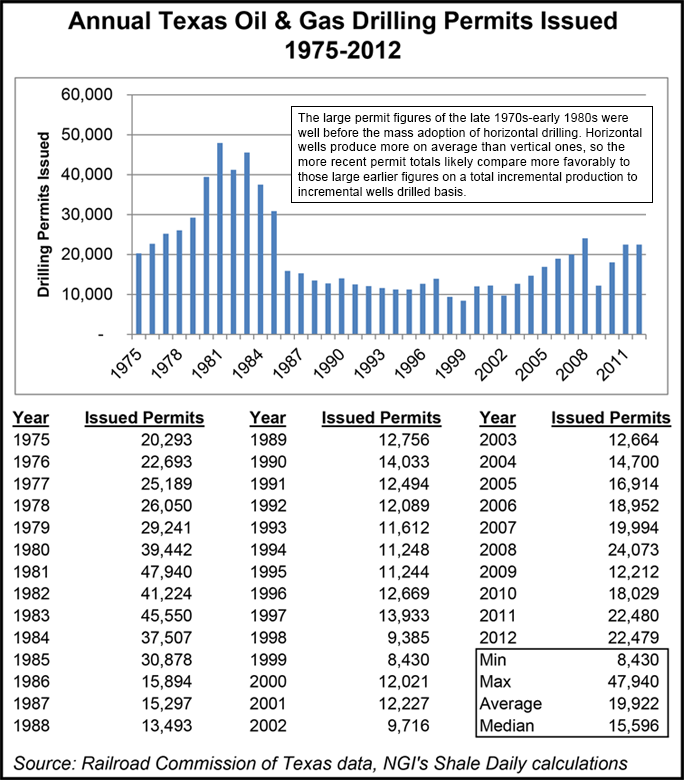 The fund was created in 1988 to hold a portion of severance tax revenues from oil and gas to provide a cash cushion during lean state budget times. Since the fund’s inception, more than $14 billion has been deposited, most of this coming from taxes on natural gas, particularly during the gas “bubble” years of the mid-2000s, the Austin-based association said in its latest newsletter.

Under the Texas Constitution, 75% of all oil and gas severance tax revenue in excess of what the state collected in 1987 is to be deposited into the Rainy Day Fund, more formally known as the Economic Stabilization Fund. The fund is capped at an amount equal to 10% of the state’s general revenue fund.

Texas collected $4.5 billion in severance taxes in 2013, setting an all-time record, as will the corresponding $2.5 billion deposit into the Rainy Day Fund. These days, the fund gets most of its money from oil, and Texas oil production this year is expected to be near twice what it was four years ago.

“Those trends will continue over the next several years,” said TTARA President, Dale Craymer, “because the investment is not being driven by price speculation but by cost-effective new technologies. Previously uneconomical plays in the Barnett, the Eagle Ford and those around the Permian Basin are fueling new investment, new jobs, economic growth and substantial growth in tax revenues.”

According to TTARA’s research, “The Rainy Day Flood: What Oil and Gas Comeback Means for Texas,” Texas has set a new record for oil severance tax collections in each of the past three years. “During its life, in only five different years has money failed to flow into the Rainy Day Fund, and the last time that happened was 13 years ago,” TTARA said. “Over the last eight years, the average annual deposit has been almost $1.4 billion.

“Over the next several years, Texas is on course to deposit over $20 billion into the Rainy Day Fund — an average of over $3 billion annually, setting new records each year — and that is based on a conservative estimate of world petroleum markets and oil and gas activity in the state.”

Next month Texas voters will be asked to validate a $2 billion appropriation from the fund for new water projects. In November 2014, voters will be asked to authorize a portion of oil and gas tax collections that would otherwise be deposited into the Rainy Day Fund be used to fund a portion of the state’s transportation infrastructure needs. Neither of these measures, if approved, is expected to harm the fund, according to TTARA.

The number of permits issued in Texas has varied widely over the past 35 years. For example, in 2012, there were 22,479 oil and gas drilling permits issued, less than half the peak of 47,940 permits that were issued in the state in 1981, according to Railroad Commission of Texas data. However, the large permit figures of the late 1970s to the early 1980s were well before the mass adoption of horizontal drilling. Horizontal wells produce more on average than vertical ones, so the more recent permit totals likely compare more favorably to those large earlier figures on a total incremental production to incremental wells drilled basis.