Low natural gas prices could stifle the long-awaited nuclear renaissance, according to analysts at Standard & Poor’s Ratings Service (S&P). Without federal loan guarantees, merchant nuclear new builds will be abandoned, they said in a new report.

“The nuclear resurgence that seemed imminent in 2007 has slowed due to moderate natural gas prices and the credit crisis that followed the economic downturn, which limited funding options,” they said. “We expect unregulated companies, which are sponsoring new nuclear projects and which do not receive loan guarantees, will defer or abandon them altogether because it’s too expensive, or uneconomic, to build them without such guarantees.”

Nuclear plans have slowed in anticipation of greater certainty surrounding federal loan guarantees, the analysts said in “The Economics Of U.S. Nuclear Power: Natural Gas Prices and Loan Guarantees Are Key to Viability.”

Given the significant capital costs of new nuclear plants, even modest overruns or schedule delays can impair the balance sheets of even the largest U.S. utility companies, the analysts said.

And the recent decline of natural gas prices also raises the question of the longer-term competitive viability of nuclear power as a baseload energy source, said S&P credit analyst Swami Venkataraman. Looming on the horizon to squelch the nuclear renaissance are years and years of potential gas supply from mature and emerging shale plays.

“While it remains unclear what price levels support sustained production of shale gas, the horizontal rig count…has risen, even though Nymex [New York Mercantile Exchange] gas prices have averaged only about $4.50/MMBtu between July 2009 and June 2010,” the analysts noted. “While spot prices have declined, so have the expectations for future prices. The back end of the forward gas curve has flattened considerably. The 2013 strip in the current forward gas curve has declined to about $5.90/MMBtu from about $7.50/MMBtu in June 2009. The market appears to be communicating, via the deferred part of the curve, that the future does not warrant higher [gas] prices.”

So without a federal loan guarantee, a merchant nuclear plant that costs $6,500 per kilowatt is likely not going to be competitive. With loan guarantees, however, nuclear can compete with gas prices as low as $4/MMBtu, the analysts said.

“Falling natural gas prices and uncertainty over the climate change bill, which will impose costs on greenhouse gases emitting utilities, have impaired the nuclear power expansion,” the analysts said. “For instance, in a scenario without carbon emission costs, nuclear plant construction without loan guarantees but with utility rate base treatment requires natural gas prices of $6.50 to $10/MMBtu for capital costs between $5,000 per kW to $8,000 per kW, to be competitive with CCGT [combined-cycle gas turbine] plants. Capital costs of $6,000-6,500/kW, which appear to be a reasonable estimate of for the construction costs for of nuclear plants in the U.S., would require gas prices of $7.60-8.20/MMBtu.”

For merchant plant developers “…the expectation of higher natural gas prices appears a quaint notion for counterparties that would need to commit to long-term nuclear PPAs [power purchase agreements] amid natural gas prices languishing in the $5/MMBtu area,” the analysts said. “We believe visibility on the prospects of shale production will be key before any long-term purchase commitments will be forthcoming.”

But in the regulated utility arena the prospects for nuclear power look better, thanks in part to the volatility of natural gas prices, according to the analysts.

“While the currently weak natural gas prices support the construction of gas-fired plants, prospects for nuclear expansion are favorable due to carbon emission costs and the stability of nuclear power’s cost structure, whereas natural gas prices in recent years have been volatile at best. Thus, from an integrated resource perspective, the construction of new nuclear units is not a difficult argument to defend in front of state regulators, especially if the federal government provides loan guarantees for the first several plants.” 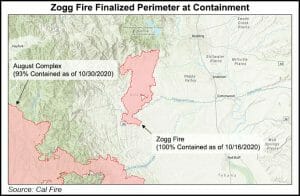