A coalition of seven Midwest states plan to compete for a hydrogen hub designed to expand local economies, decrease emissions and reduce costs. 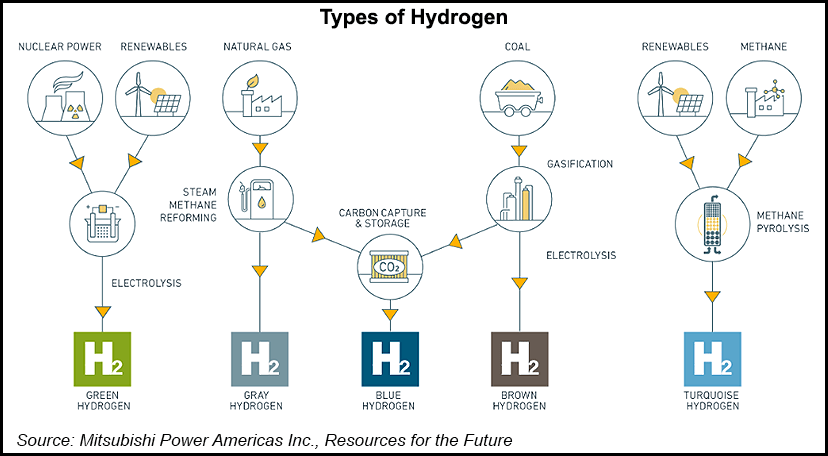 The Midwest Hydrogen Coalition (M-H2) was formalized last week by the governors of Illinois, Indiana, Kentucky, Michigan, Minnesota, Ohio and Wisconsin. The aim is to snag a share of an $8 billion federal funding package to advance four hydrogen hubs across the country.

Regional coalitions are vying to gain funding for a hydrogen hub, with money set aside in the Infrastructure Investment and Jobs Act, which became law last November.

“Innovative solutions to fighting climate change require collaborative efforts,” Illinois Gov. J.B. Pritzker, a Democrat, said. “Through the partnership of the Midwestern Hydrogen Coalition, Illinois will play a major role in fostering a healthy economic environment for the hydrogen production market in the Midwest, creating more clean energy sector jobs and lowering carbon emissions in the manufacturing and transportation sectors across the state and region.

“Additionally, this landmark multistate agreement empowers the state’s world class colleges and universities to form working relationships with their counterparts in neighboring states, enhancing the research and development of newer, cleaner technologies that allow us to meet our decarbonization goals.”

“The Midwest is home to concentrations of difficult-to-decarbonize industries, which are nationally and globally relevant,” the group noted. “Participating states have demonstrated leadership on green ammonia…which can be used as a zero-carbon fuel, for long-duration energy storage, and as a way to transport hydrogen in large volumes.

“Ammonia production, the vast majority of which is used as an input to Midwestern agricultural production, is the second largest market for hydrogen.”
In addition, the Midwest has “large-scale opportunities” to combine waste sources of carbon dioxide “with hydrogen as an alternative to fossil-based urea as fertilizer.”
Many industries could benefit from low- and zero-carbon hydrogen and ammonia production, M-H2 noted.

“End-use opportunities include oil refining, ammonia production, methanol production and steel production. In addition, the region offers a range of other important end-uses within a hydrogen market ecosystem,” including for “medium-and heavy-duty vehicles, Great Lakes shipping, aviation, and rail.”
For power generation and storage, the hub could blend hydrogen or ammonia in combined-cycle natural gas turbines for electricity generation, the group noted.

In related news, New York-based Amogy Inc. and global trading giant Trafigura have agreed to study whether ammonia can be used as a carrier to transport clean hydrogen from point of production to point of consumption.

“The findings of this joint research on ammonia cracking will help support industry-wide efforts to decarbonize transport and heavy industrial processes and lower carbon emissions to meet global climate goals,” the companies said.

Amogy and Trafigura plan to identify and assess “scenarios in which ammonia cracking technology can be deployed to support the growing hydrogen market, starting with Europe, which is targeting 20 million metric tons of hydrogen consumption by 2030. Our partnership with Trafigura opens up tremendous opportunities for the Amogy team to better understand and explore our platform’s potential benefits at scale,” said CEO Seonghoon Woo. Trafigura’s Margaux Moore, who heads Energy Transition Research, said the firm recognizes that “hydrogen will need to be transported over long distances, from regions rich in renewable power to demand hubs. Ammonia is a cost competitive carrier of hydrogen which will require cracking at destination to cater to different end uses.”