Independent oil and natural gas producers could see a drop of 25% in their capital expenditures (capex) under Senate Finance Committee Chairman Max Baucus’ (D-MT) draft tax reform plan, according to a spokesman for the Independent Petroleum Association of America (IPAA). 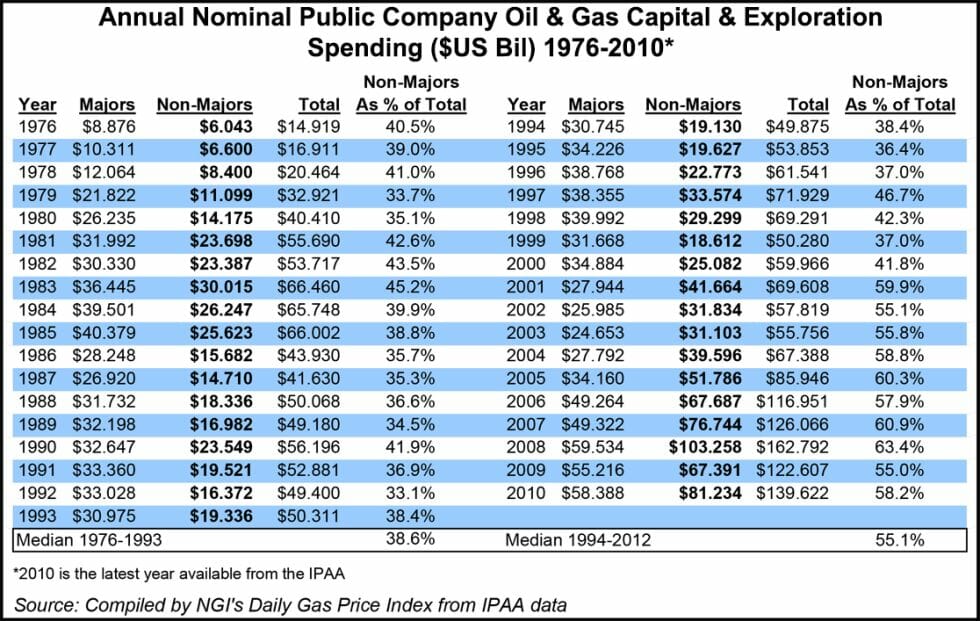 Reduced capex investments would mean that fewer new wells would be drilled, said Jeff Eshelman. The Baucus plan, basically a retread of unsuccessful initiatives in previous congresses, also would eliminate the current intangible drilling costs (IDCs) treatment (replacing it with recovery of costs over a five-year period) and eliminate the percentage depletion allowance, as well as the passive loss write-off.

Given that there are only a few weeks left in the current Congressional session, it’s unlikely that the Baucus bill make it out of the Senate Finance Committee to the Senate floor. But it “shows the cards that are on the table,” Eshelman noted. The Senate will probably take up the tax reform measure “more aggressively” next year, and it will be met with strong resistance from the oil and gas lobby.

“For the most part, the tax reform bill would only affect independents,” Eshelman said. “We will likely be mobilizing all of our members in the country” to oppose any legislation that emerges in the Senate, he said.

“Congress should know that the tax policies that govern independent producers are not credits, subsidies or handouts. These provisions and deductions, which are available to nearly every American industry, enable continued investment in U.S. energy exploration and production,” said IPAA President Barry Russell.

The American Petroleum Institute, which represents major producers, also weighed in. “We are reviewing this proposal very carefully. Cost recovery measures allow all kinds of companies to reinvest more money back into our economy, which creates more jobs and provides a stronger base for the generation of revenue to the government,” said Brian Straessle, a spokesman for the institute.

“America’s oil and natural gas industry has invested $2 trillion into our economy since 2000 and supports 9.8 million jobs, an increase of 600,000 jobs in just two years. Changes to cost recovery and repeal of legitimate accounting methods like LIFO [last-in, first-out] could unintentionally hit the brakes on America’s energy and manufacturing renaissance. People’s jobs are at stake, so lawmakers had better get the details of tax reform right,” he noted.