The Senate narrowly defeated a Republican measure Thursday that would have cleared the way for the exploration and production of natural gas off of Virginia’s shoreline. The vote underscored the Democrats’ unshakable stance against opening additional offshore regions to energy activity.

By 44-43, the Senate rejected an amendment offered by Sen. John Warner (R-VA) that would have permitted Virginia to petition the Interior Department for a waiver of the congressional moratorium, which has placed the West and East coasts off limits to producers for 25 years. The measure, which was offered as part of the broad energy package (HR 6) being considered on the Senate floor, would have allowed exploration for natural gas to occur in waters at least 50 miles from Virginia’s coastline.

After being in effect for a quarter of a century, Warner said it was time for Congress to “reexamine [the] existing framework” of the moratorium in light of higher energy prices.

But Democrats and some Republicans, particularly those representing coastal states, feared that lifting the moratorium for Virginia could result in a “domino effect” that would eventually undo the entire congressional ban. “Any drilling on the Mid-Atlantic puts us on a slippery slope” to having oil rigs dot the entire coastline, argued Sen. Robert Menendez (D-NJ).

Warner countered that his amendment would only allow exploration for natural gas, not crude oil. But that did not win over any detractors. To say “we’re only going to drill for gas…is, in fact, rather ludicrous…There’s always the possibility that oil could be found,” said Menendez, who feared that the New Jersey coastline would be environmentally impacted by drilling off of Virginia’s shoreline.

Menendez sought to modify Warner’s amendment by requiring the Interior secretary to get the approvals of the governors of all the states within 100 miles of the coastal waters of Virginia before granting Virginia’s petition. This would be in addition to the approvals required by Warner’s measure of Virginia’s governor, the state’s General Assembly, Interior Department and the Department of Defense.

“Other states have been accorded this right [to explore and drill]. Why deny my state?” Warner asked his opponents. He noted that both Virginia Gov. Timothy Kaine and the state’s General Assembly have expressed “a measure of support” for natural gas exploration. Last year, the Virginia General Assembly passed legislation in support of natural gas exploration (see Daily GPI, April 10, 2006). 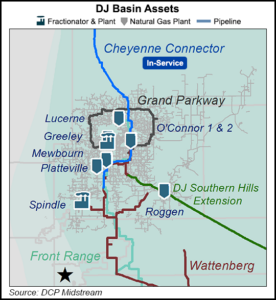