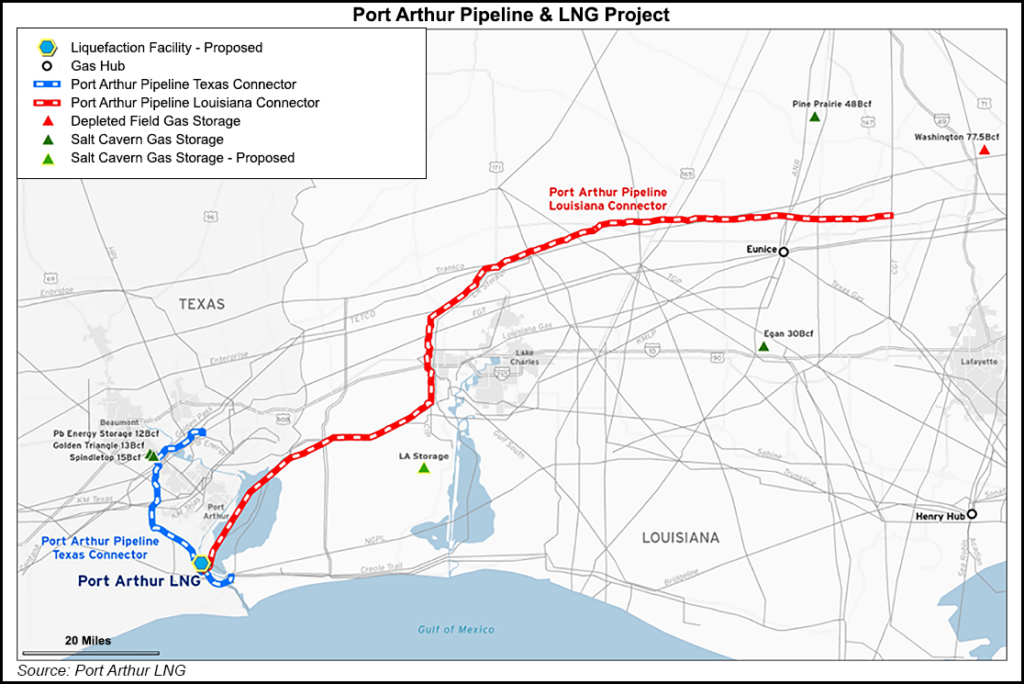 During an investor day earlier this month, Sempra President Justin Bird said the company remains confident in the long-term value of the Port Arthur LNG project, but “in the current economic environment, it’s important to really reiterate to our investors that we make capital decisions based upon our views of long-term fundamentals and importantly, supported by long-term contracts with creditworthy counterparties.”

Sempra originally targeted the third quarter for reaching a final investment decision (FID) on the 13.5 million metric tons/year terminal under development east of Houston. The company has tentative supply and equity investment deals with an affiliate of Saudi Arabian Oil Co., aka Saudi Aramco, and an agreement to supply Polish Oil & Gas Co. Management continues to market the remaining volumes.

Earlier this month, Sempra signed a $8.9 billion fixed-price turnkey engineering, procurement and construction contract with Bechtel Corp., with site work underway to relocate existing infrastructure. However, “the market and demand from our customers will determine the timing of this project,” said COO Lisa Glatch.

Sempra also is developing the Energía Costa Azul (ECA) LNG export project in Mexico’s Baja California, which management said would go ahead as planned, but it pushed back the FID into the second quarter.

Citing the likelihood that fewer North American LNG projects would move forward given the economic climate, Glatch said ECA’s particular advantage lies with the geography of the project, while Port Arthur’s advantage is the “sheer scale expansion opportunity, up to eight LNG trains with the potential to become among the top few LNG mega projects in the world.

“Those projects are great examples of how we seek to maximize shareholder value by doing the right projects and doing them right. With intention, Sempra LNG takes what we learn on each project, and we use that experience to optimize and improve marketing, development, design and construction, financing and operation across the portfolio. That’s the Sempra LNG way.”

Sempra’s Cameron LNG terminal in Hackberry, LA, is nearing completion of the first phase of the project, with the first two production units in operation and construction of the third train on track for commercial operations in the third quarter. So far, 47 cargoes have been shipped and delivered to world markets.

As Trains 1 and 2 throughput has been demonstrated above design capacity, Glatch said commercial operations and other logistics also have gone well, enabling Cameron LNG to optimize efforts, “such as the use of innovative technologies like artificial intelligence and digitization; initiatives to enhance efficiency and lower operations and maintenance costs that enhances customer value; and evaluating an initiative to further benefit the environment through carbon capture and storage.”

If gas and oil were to be shut in during 2Q2020, Goldman analysts said there would be upside risk to a $1.75/MMBtu price forecast for 3Q2020. For now, that price remains intact.