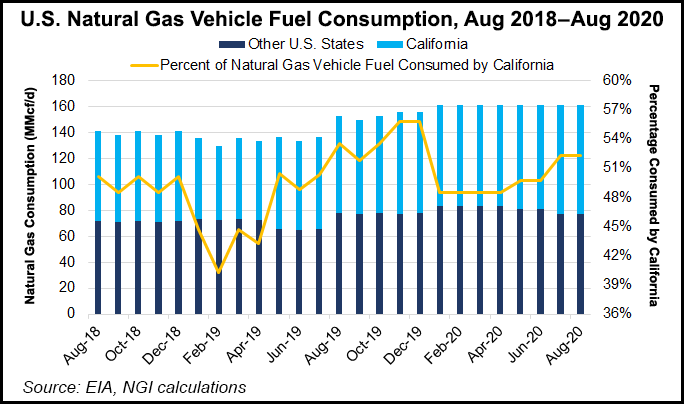 Calling it a first for the state, Southern California Gas Co. and San Diego Gas and Electric Co. plan to use surplus renewable power supplies to produce hydrogen that would be mixed into the gas utility network. The demonstration, which requires state regulatory approval, is part of a multi-faceted approach the utilities are taking to decarbonize their gas grid.

Also in California, the state air agency issued a draft report earlier this month advocating an additional $300 million being spent to expand the use of hydrogen for fueling vehicles. The California Air Resources Board said the added funds are needed to make the fledgling industry self-sufficient.

“Not only do NGV refuse trucks – fueled by renewable natural gas, or biomethane, derived from above ground sources – outperform their electric counterparts when it comes to total nitrogen oxide emission reductions well-to-wheel, they reduce more harmful equivalent greenhouse gas emissions in total than the battery electric alternative,” the report noted.