Asian and European buyers of liquefied natural gas (LNG) are continuing the trend of snapping up long-term offtake agreements in a bevy of deals this week. 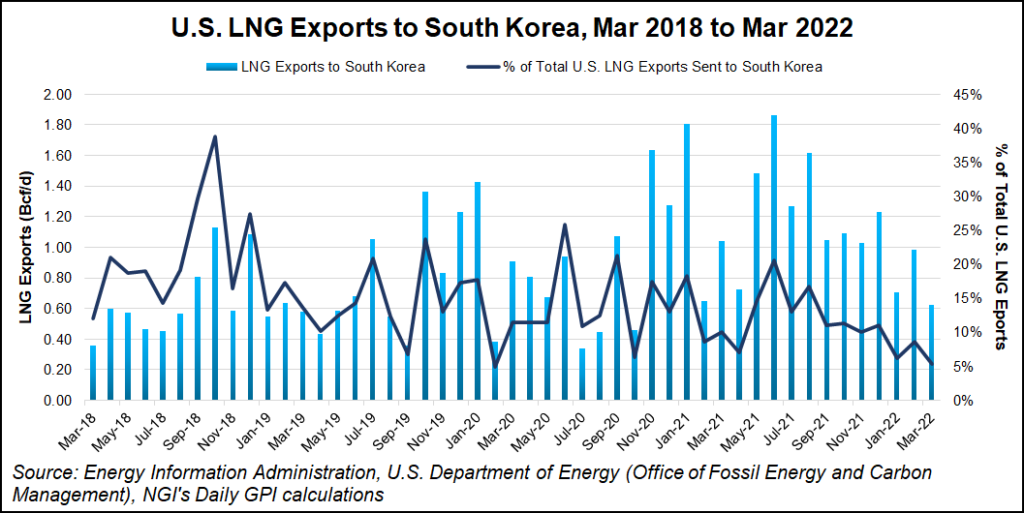 Sempra Infrastructure said Wednesday it has reached a preliminary agreement with a subsidiary of Germany utility RWE AG.

“Sempra Infrastructure’s LNG projects are uniquely positioned to help provide U.S. LNG to support the energy security of America’s allies in Europe, while also accelerating the transition to a lower carbon future,” Bird said. “We are excited about the opportunity to work with one of Germany’s top power producers to achieve these dual goals.”

The agreement also includes a framework for cooperation on greenhouse gas mitigation for Port Arthur LNG and the related gas supply chain. Sempra reported those plans could include securing responsibly sourced natural gas supplies and using renewable energy in combination with the project. Sempra announced an initial deal with equity partners at the beginning of the week to develop a carbon capture project about 70 miles east of Port Arthur LNG near its Cameron LNG facility in Hackberry, LA.

The 10 mmty-plus Corpus Christi Stage III Project is not yet sanctioned. Cheniere CEO Jack Fusco said the SPA provides “additional support” for the project as the company progresses closer to possibly reaching a final investment decision “this summer.”

Elsewhere, TotalEnergies said on Tuesday that it secured a long-term agreement to supply South Korea’s Hanwha Energy Corp. with LNG for its power plant project. The French supermajor inked a 15-year SPA with Hanwha for 600,000 mty of LNG sourced from its global portfolio. Cargoes could be delivered starting in 2024 to a regasification terminal in the coastal city of Tongyeong for an adjacent 1 GW power plant under construction.

TotalEnergies has previously partnered with Hanwha on renewable projects in the United States and the Daesan petrochemical site in South Korea. TotalEnergies’ Stéphane Michel, president of gas, renewables and power, said the deal aligns with goals to displace fossil fuels and expand alternative energy.

“With this new contract, TotalEnergies increases its natural gas shipments to South Korea, the world’s third largest importer of LNG in 2021,” Michel said. “Our company is keen to support the country’s switch away from coal for power generation, with both LNG supplies and renewables projects, such as our significant Bada 2 GW offshore wind project.”

Hanwha partnered with HDC Hyundai Development Co. in 2019 to construct the gas-fired power plant. Hanwha has been planning to expand its LNG business alongside battery storage and renewable segments with strategic partnerships. It also formed a consortium with Korea Gas Corp. and Korea Southern Power Co. to explore LNG power plant and terminal opportunities in Vietnam.

Hanwha CEO Jung In Sub called the SPA a “great foundation” for the Tongyeong project that could create more stability for future LNG projects critical to the growth of its energy portfolio. “It is significant that we have secured business stability by signing a long-term contract with our long-lasting partner TotalEnergies, even though the volatility of the LNG market has increased more than ever due to the recent unstable international situation,” Jung said.

Hanwha has also made significant investments in U.S. LNG companies that include NextDecade Corp. Hanwha in April invested $30 million in the Houston-based operator in April. NextDecade is working toward sanctioning the Rio Grande LNG terminal and related carbon capture projects in South Texas.

This week’s deals are only a few in a long line of offtake agreements buyers have signed since last year as they have moved to insulate themselves from extraordinarily high spot prices.