Robust growth in Texas has led San Diego-based Sempra to crank up its five-year capital expenditures (capex), while the California utility counterparts are doubling down on renewable natural gas (RNG). 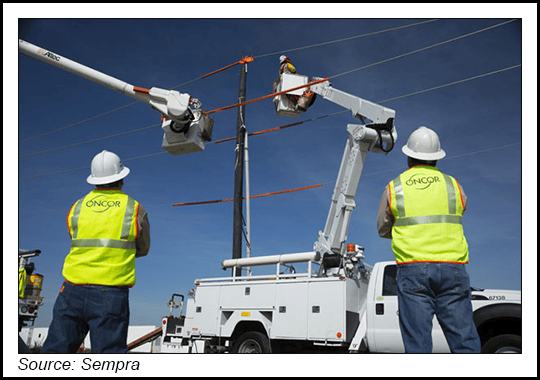 Booming economic growth and generation interconnection requests should lead to growth in Texas that is 120% higher than two years ago, CFO Trevor Mihalik said. CEO Jeff Martin added that the company remains bullish about all the Lone Star State’s growth opportunities.

Martin also reiterated support for an “all-of-the-above strategy” that goes beyond electrification to meet the challenges of climate change.

“Electrification is certainly going to be a long-term secular trend, and we expect to be a leader in that market in Texas,” while betting big time in California on RNG.

Meanwhile, SoCalGas is raising its RNG proportion to 20% of system sendout by 2030 “as part of its decarbonization goal,” Mihalik said.

Group President Kevin Sagara, who oversees the California utilities, said Sempra has “made a nice run” in supporting RNG in response to the state low carbon fuel standard. “To go to the next level and meet California’s very ambitious climate goals,” state regulators may create a renewable portfolio standard for RNG.

Under California law, operators are mandated to reduce waste from landfills. Looking out to 2025 the utilities are supposed to obtain biomethane from organic waste equal to about 75% of the state’s output, which would be about 5.5% of core gas volumes distributed, and 12.3% of core load by 2030, Sagara said.

Martin said California utilities are in a good position to lead RNG expansion, as well as work on blending hydrogen to the distribution pipeline systems.