The Securities and Exchange Commission (SEC) agreed to a $3 million settlement with Dynegy Inc. Tuesday, settling the first of its far-reaching “round-trip” energy probes, as well as completing its scrutiny of an off-balance sheet transaction.

Since the investigation began last spring, Dynegy Chairman and CEO Chuck Watson has resigned along with his CFO Rob Doty, and the energy merchant and all of its peers have lost the confidence of their shareholders.

Although it agreed to the fine, Dynegy did not admit or deny the SEC’s “findings and allegations,” and in a statement said the terms of the settlement were “consistent with Dynegy’s previous description of its restatements, and will not require any further adjustment to the company’s historical financial statements.” The SEC entered a cease and desist order and also filed a related complaint and consent order in federal district court.

In another action Tuesday, Dynegy Inc. disclosed it has “learned that certain employees in its marketing and trading business furnished inaccurate information regarding natural gas trades to various energy industry publications which compile and report index prices.” Dynegy said it discovered the inaccuracies during an internal review of its trading activities, which is being conducted in connection with an ongoing Commodity Futures Trading Commission (CFTC) investigation.

The company said it is continuing the investigation and has not yet concluded “whether additional remedial or other disciplinary actions will be taken.”

Dynegy Inc. produces and delivers energy, including natural gas, power, natural gas liquids and coal, through its owned and contractually controlled network of physical assets. The company serves customers by aggregating production and supply and delivering value-added solutions to meet their energy needs.

The SEC’s case centered on two issues: “Dynegy’s improper accounting for and misleading disclosures relating to a $300 million financing transaction, known as Project Alpha, involving special-purpose entities (SPEs), and Dynegy’s overstatement of its energy-trading activity resulting from ’round-trip’ or ‘wash’ trades — simultaneous, pre-arranged buy-sell trades of energy with the same counter-party, at the same price and volume, and over the same term, resulting in neither profit nor loss to either transacting party.”

Although Dynegy admitted no guilt, the SEC found that the company had engaged in securities fraud in connection with its disclosures and accounting for Project Alpha, and negligently included materially misleading information about the round-trip energy trades in two press releases it issued in early 2002.

“Public companies using off-balance sheet, special purpose entities must ensure not only that their accounting treatment complies with GAAP [generally accepted accounting principles], but also, that they have accurately portrayed the economic realities of the transactions,” said Harold F. Degenhardt, administrator of SEC’s Fort Worth office.”In this case, Dynegy portrayed as operating cash flow what was essentially a loan. As a result, Dynegy investors were deceived.”

Degenhardt added that “Dynegy misled investors about the level of its energy trading activity by failing to disclose that the company’s publicly released numbers included results inflated by such sham trades.”

Stephen M. Cutler, director of the SEC’s Division of Enforcement, noted that the $3 million penalty imposed directly against Dynegy reflected the SEC’s “dissatisfaction with Dynegy’s lack of full cooperation in the early stages of the commission’s investigation, as discussed in the commission’s order. Just as the commission is prepared to reward companies that cooperate fully and completely with agency investigations, the commission will also penalize those who do not.”

Cutler said, “if companies wish to receive the maximum benefit from their cooperation, the cooperation must be complete and meaningful from the outset.” He warned that companies would be “well advised” to review SEC Section 21(a) report on cooperation, which it issued Oct. 23, 2001.

“In assessing a penalty directly against Dynegy, the commission was mindful of the impact that a penalty on a corporate entity can have on the entity’s innocent shareholders,” Cutler said. “The amount of the penalty here reflects the commitment of the company’s present board of directors to cooperate with the commission, as well as a careful balancing by the commission between the need to encourage full cooperation and the desire to avoid imposing the economic consequences of a penalty on shareholders.

“As the Commission’s investigation continues, it will consider the responsibility of and take appropriate actions against others with respect to the penalty that the company has agreed to pay.”

More specifically, The SEC found in Project Alpha’s case that “Dynegy defrauded the investing public by failing to disclose in its 2001 Form 10-K the true financing, as opposed to operating, nature of the $300 million. In reality, the $300 million was a loan masquerading as operating cash flow on Dynegy’s 2001 Statement of Cash Flows.

“This is particularly significant for two reasons,” said the SEC. “First, analysts view operating cash flow as a key indicator of the financial health of energy trading firms such as Dynegy; and second, historically, the Statement of Cash Flows has been considered immune from cosmetic tampering.”

SEC also found that Dynegy’s accounting in its financial statements for the $300 million that the company should have accounted for the Alpha cash flow as financing rather than operating cash flow, and had failed to comply with the 3% at-risk requirement for SPEs. “Consequently, Dynegy overstated net income in 2001 by 12% — the amount of the purported $79 million Alpha-linked tax benefit.”

Regarding the round-trip trades, the SEC noted that Dynegy had “issued materially misleading information to the investing public about the amount of trading on its electronic trading platform, Dynegydirect. On Nov. 15, 2001, Dynegy entered into two massive ’round-trip’ electricity transactions. In a January 2002 press release, Dynegy included the notional trading value (multiple of volume, price and term) from one of these trades in a discussion of an increase in trading traffic on Dynegydirect. In an April 2002 press release, Dynegy included the results of these trades in its reported energy trading volume and in its first quarter 2002 revenues and cost of sales.”

In both releases, said the SEC, “Dynegy negligently failed to disclose that the resulting increases in energy trading volume, revenue and notional trading value were materially attributable to the round-trip trades. The contents of the press releases were also used in the offer and sale of securities. Because the round-trip trades lacked economic substance, Dynegy’s statements were materially misleading to the investing public.”

SEC sharply criticized the actions by Dynegy’s former CFO Doty, noting that, “Dynegy disclosed Alpha’s impact on its financial performance in a Form 8-K that the company filed with the commission on April 25, 2002, only after the commission staff expressed to Dynegy concerns about Alpha.

“After those concerns were first raised, but before the filing of the Form 8-K, Dynegy’s former Chief Financial Officer falsely stated to the public that Alpha’s ‘primary purpose’ was to secure a long-term natural gas supply, and Dynegy continued to assert that its obtaining a long-term gas supply was a principal purpose of Alpha. Dynegy officials did not, prior to Dynegy’s filing of the Form 8-K, acknowledge that Alpha’s principal purposes were, in fact, to minimize the gap between Dynegy’s reported net income and reported operating cash flow and to realize an associated tax benefit.”

In agreeing to accept Dynegy’s offer of settlement, and in determining the proper remedies and penalties, the SEC said it considered Dynegy’s conduct after it was contacted by SEC staff, as well as Dynegy’s “cooperation otherwise.” It also “considered the steps Dynegy has taken to ensure its employees’ compliance with Dynegy’s new policy prohibiting round-trip trades, and the internal procedures Dynegy has implemented to ensure exclusion of illicit round-trip trade results from Dynegy’s public disclosures regarding its business activities.”

Dynegy already has announced it would restate its 2001 and 2002 financial statements to “reflect changes in its accounting for Project Alpha.” It has provided a detailed description of the pending restatements in its second quarter 2002 10-Q filing.

Independent auditor PricewaterhouseCoopers LLP (PWC) now is conducting a three-year re-audit of Dynegy, which will provide amended annual reports for 1999 through 2001 to reflect the restatements. Dynegy had also said it would amend its 2002 quarterly reports, following PWC’s review of the interim reports.

Regarding the pricing disclosure Dynegy noted that it is “one of many energy industry participants who routinely provide trade data to the publications; consequently, it cannot determine whether the inaccurate data had any impact on the published indices. In response to these findings, Dynegy said it now requires that all price information provided to industry publications be verified by the office of Dynegy’s chief risk officer.”

Â©Copyright 2002 Intelligence Press Inc. All rights reserved. The preceding news report may not be republished or redistributed, in whole or in part, in any form, without prior written consent of Intelligence Press, Inc. 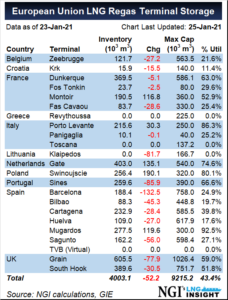