Knoxville, TN-based Miller Energy Resources Inc. overstated the value of Alaska oil/natural gas properties it acquired in 2009 by more than $400 million, inflating its shares from pennies to nearly $9 in 2013, the U.S. Securities and Exchange Commission (SEC) said Wednesday. The company said it is cooperating with the commission. 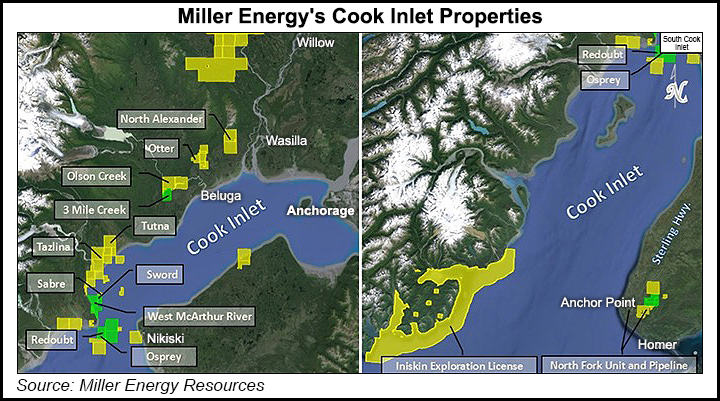 “We’ve charged that Miller Energy falsified financial statement information and grossly overstated the value of its Alaska assets and that the company’s independent auditor failed to conduct an audit that complied with professional standards,” said William P. Hicks, associate regional director of the SEC’s Atlanta office. “The SEC will aggressively prosecute such conduct.”

Miller said in a statement that “while the company believes the action is not warranted by the facts or the law, current management has taken the allegations seriously and is working with the company’s board of directors to effect appropriate actions.

“Yesterday’s filing by the commission relates to alleged errors approximately five years ago in the reported valuation of certain Alaskan assets acquired by the company from Pacific Energy in 2009 and later reported by the company in its 2010 and subsequent filings. The company has been in talks with the staff of the Commission regarding the matter and has cooperated in all aspects of their inquiry.”

Miller paid $2.25 million and assumed certain liabilities to purchase the Alaska properties, the SEC said. “It later reported them at a value of $480 million.”

While accounting standards required the company to record the properties at “fair value,” then-CFO Paul W. Boyd allegedly relied on a reserve report that did not reflect fair value for the assets, and he also is alleged to have double-counted $110 million of fixed assets already included in the reserve report, the SEC said.

The report by a petroleum engineering firm allegedly contained expense numbers that were knowingly understated by David M. Hall, CEO of Miller’s Alaska subsidiary and Miller’s COO since July 2013. Hall, of Anchorage, also is alleged to have altered a second report to make it appear as though it reflected an outside party’s estimate of value.

The Division of Enforcement alleges that the fiscal 2010 audit of Miller Energy’s financial statements was deficient due to the failure of Carlton W. Vogt III, the partner in charge of the audit. Vogt, of Warwick, NY, was then at Sherb & Co LLP, a now defunct firm that was suspended by the SEC in 2013 for conduct unrelated to its work for Miller. Vogt issued an unqualified opinion of Miller Energy’s 2010 annual report and is alleged to have falsely stated that the audit was conducted in accordance with the standards of the Public Company Accounting Oversight Board and that Miller’s financial statements were presented fairly and conformed with U.S. generally accepted accounting principles, the SEC said.

The SEC said a hearing before an administrative law judge is to be scheduled. “Miller Energy intends to note its objection to this, preferring that the issues raised over the now five-year old valuation be heard in the more neutral forum of the federal courts,” the company said.

Miller shares were trading in the pennies Friday morning at around 13 cents after falling more than 7% from the previous close in the over-the-counter market. In the last 52 weeks, Miller shares have traded as high as $5.35.