A group of 21 scientists, engineers and other technical experts last week wrote California Gov. Jerry Brown in support of shale oil and natural gas development and the use of hydraulic fracturing (fracking). 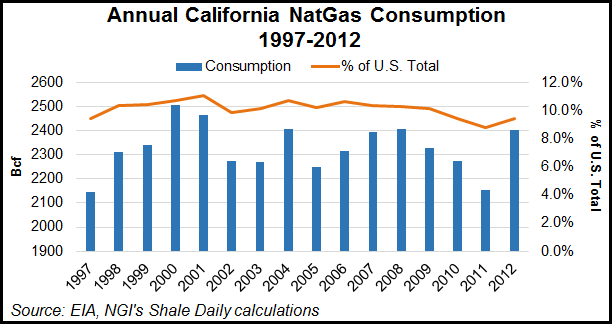 With “careful regulation” both shale development and fracking can be done safely, according to the proponents, including Richard Muller, a physicist and climate scientist at the University of California Berkeley, who recently published an academic paper urging environmentalists to support fracking as a means of mitigating the effects of climate change worldwide (see Shale Daily, Dec. 13).

Citing the work of IHS Cambridge Energy Research Associates, the letter to Brown said U.S. shale development generally has increased average household income by roughly $1,200. “Oil and gas development has reduced energy costs for families across the country,” said the advocates, which include Stephen Holditch, a member of the Obama administration’s shale gas advisory team, and Larry Wickstrom, a former geologist for the state of Ohio.

Muller and the other signatories to the letter are attempting to counteract a similar letter from the Center for Biological Diversity that urged Brown to ban fracking in the state based on “dubious” climate impact claims.

“As scientists, engineers and technical experts, we believe that careful risk assessment is critical to prudent decision making,” they told Brown. When the benefits outweigh the risks, as they see them doing with regard to fracking, the activity should move forward in “a regulated and responsible way,” they said.

“We believe this is especially true when it comes to developing oil and natural gas from shale. Properly crafted regulations can and will ensure that shale resources in California are developed responsibly.”

Natural gas futures retreated somewhat early Wednesday as traders weighed the potential for the front month expiration and the impending release of new government inventory data to influence prices. The expiring December Nymex contract was down 2.4 cents to $2.751/MMBtu at around 8:45 a.m. ET. January was down 2.0 cents to $2.880. The latest forecast…