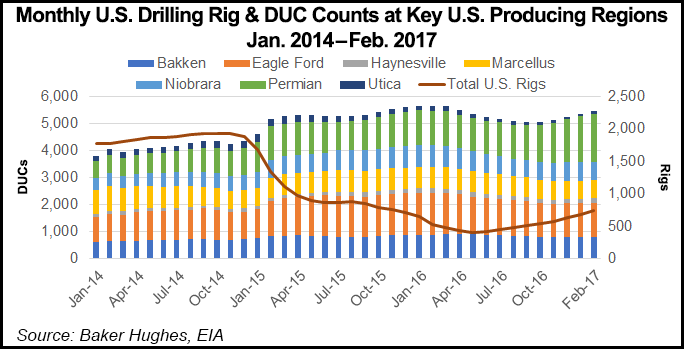 In a game changer for the oilfield services (OFS) market, the world’s largest operator agreed to majority own (70%) and operate OneStim, a hydraulic fracturing (fracking) joint venture with Weatherford (30%). Schlumberger would combine its estimable 2 million hydraulic hp (hhp) with the No. 4 global OFS; Weatherford has around 1 million hhp. Together, the partners would control the second largest fracking fleet in North America.

“The joint venture creates a new industry leader in terms of hydraulic horsepower and multistage completions technologies in North America land, which through its scale offers a cost-effective and highly competitive service delivery platform,” Schlumberger CEO Paal Kibsgaard said. “OneStim is uniquely positioned to provide customers with leading operational efficiency and best-in-class hydraulic fracturing and completions technologies, while at the same time significantly improving full-cycle shareholder returns from this market.”

OneStim would be trained on completions products and services for developing U.S. and Canadian unconventional resource plays. According to the partners, the JV would offer one of the broadest multistage completions portfolios in the market combined with one of the largest fracking fleets in the industry.

The announcement late Friday came only hours after Halliburton, the largest pressure pumping provider in North American land, said it was bringing back double the U.S. pressure pumping capacity it had expected to reactivate for the entire year and hiring people as quickly as possible.

The news also comes just weeks after Weatherford revealed it would sell or find a partner in the crowded U.S. fracking arena. As of early February Weatherford had about 20 operating fleets in the United States, nine that were ready to go back to work with zero capital expenditures. One fleet was hot stacked, while 10 fleets are cold stacked and would require $5-7 million of capital per fleet to reactivate.

The OneStim joint venture, approved by Weatherford’s board, “creates a leading unconventional products and services provider in North America land,” said newly installed Chairman William E. Macaulay. “This transaction will allow Weatherford to deleverage its balance sheet while retaining a significant exposure to the unconventional market.”

The transaction is expected to close in the second half of 2017. Former Schlumberger Vice President Dan Bordelon is to serve as president of the venture. He previously ran Schlumberger’s Southwest Basin (Permian) operations.

The JV reshapes the landscape of the domestic pressure pumping market and “signifies one of the most comprehensive multistage stimulation offerings in the market today,” said Evercore ISI senior managing director James C. West. “The OneStim JV is truly a game-changing development in the world’s most vibrant OFS geomarket, and there is no doubt that the two participants are attempting to partially displace their most dominant North American competitor.”

Weatherford could not have found a better vehicle than the JV to monetize its stacked pressure pumping assets, the Evercore analyst said.

“Incorporating the 1.0 million hp alone, the deal represents a purchase price of $760/hhp” for Weatherford. In addition, its 30% stake would “allow it to participate in the land-levered upcycle, which (as signaled by Halliburton in its recent operations call) is likely to catalyze a widespread capacity shortage and steeper pricing traction as the rig count continues to grind higher,” West said.

In addition, the recent arrival of Weatherford CEO, Mark McCollum, “is a critical component to the OneStim directive,” as he spent “a significant portion of his career at Halliburton” and “possesses the insights that OneStim needs to successfully grow market share in the North American unconventional completions market.”

Tudor, Pickering, Holt & Co. (TPH) also consider the OneStim JV to be a winner — for both parties.

The more analysts considered the deal, the more the TPH team said it understood the logic of the move from Schlumberger’s perspective. The operator “has quietly been investing during the recent two-year industry downturn to vertically integrate its North American onshore frack business” to give it more access to sand mines, railcars, last-mile transport and transload facilities.

“When one vertically integrates its operations, more scale (i.e., frack fleet hhp) equates to more frack job throughput capacity, which is needed to help drive better full-cycle return on investment. Given how tight the U.S. fracturing services market has become over the last few months, we suspect that Schlumberger will be reactivating some of its own idle frack spreads in coming months/quarters.” 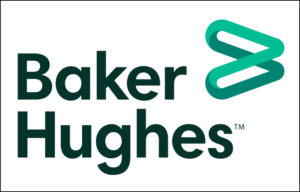