Saudi Arabia’s national oil company is buying a 70% stake in Saudi Basic Industries Corp., aka Sabic, the kingdom’s petrochemicals firm, in a $69.1 billion deal that paves the way for an infusion of investments into global oil and gas deals beyond the Middle East. 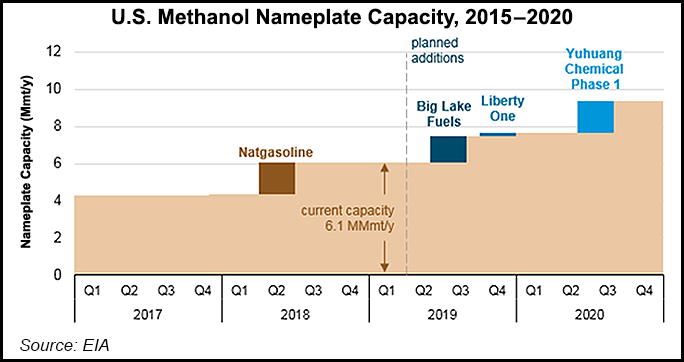 The majority stake in Sabic by Saudi Arabian Oil Co., aka Aramco, would merge the kingdom’s two largest companies and provide Aramco with about the same amount of money it had been expected to recoup in an initial public offering (IPO). Once expected to be the largest on record, the IPO was shelved last year.

Proceeds from the Aramco IPO had been destined for the kingdom’s Public Investment Fund to diversify the economy of the world’s largest oil exporter. Aramco expects the Sabic investment will help to double its oil refining capacity by 2030.

“This transaction is a major step in accelerating Saudi Aramco’s transformative downstream growth strategy of integrated refining and petrochemicals,” Aramco CEO Amin Nasser said. “As part of the Saudi Aramco family of companies, together we will create a stronger, more robust business to enhance competitiveness and help meet rising demand for energy and chemicals products needed by our customers around the world.”

Sabic, which has a Houston office, employs around 34,000 people in 50 countries, with around 5,000 of them working in the Americas. Last year, Sabic and ExxonMobil Corp. created a joint venture to advance the Gulf Coast Growth Ventures project, a 1.8 million metric ton/year (mmty) ethane cracker planned for San Patricio County near Corpus Christi.

Sabic is also involved in preliminary plans to build a 2 mmty methanol production plant on the Mississippi River in St. James Parish, LA, which would be the largest of its kind in North America. South Louisiana Methanol and Sabic clinched a six-month agreement early this year to review the project; the agreement may be extended.

In the United States, Aramco affiliates own, among other things, Motiva Enterprises in Port Arthur near Houston, considered North America’s largest refinery with crude capacity of 630,000 b/d. Motiva also operates the largest U.S. lubricant plant, which is on the Gulf Coast.

Various investments into other U.S.-based projects by Aramco long have been rumored, including into Tellurian Inc. The Houston-based operator has a broad array of natural gas projects on the drawing board to supply its proposed Driftwood liquefied natural gas export facility in Louisiana.

Aramco is also said to be interested in directly investing into Lower 48 oil and gas drilling, particularly in the Permian Basin and Eagle Ford Shale.

“Petrochemicals are expected to be one of the main drivers of oil demand growth through to 2040, and Sabic brings this through deep downstream market positions,” Wood Mackenzie’s Steve Zinger, chemical vice president, said. “An acquisition approach allows Saudi Aramco to obtain further exposure to petrochemical markets more quickly than would be the case via a sole focus on organic expansion and development.”