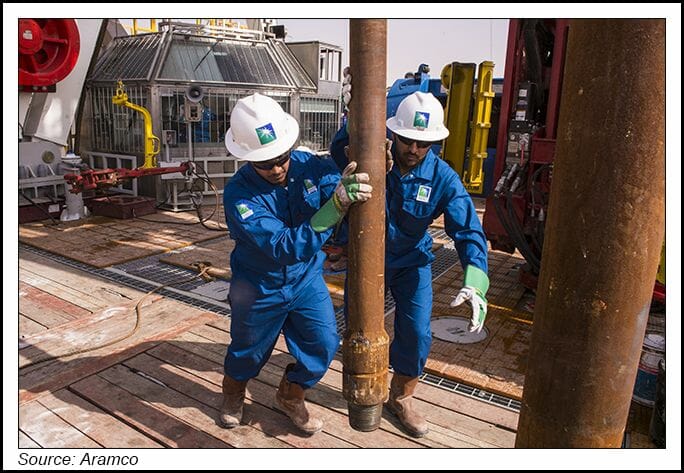 The recordbreaking figure was set on Aug. 6, executives said during a third quarter conference call. There also are hints of improving demand for oil and gas.

“We saw early signs of a recovery in the third quarter due to improved economic activity, despite the headwinds facing global energy markets,” because of the global economic devastation from the Covid-19 pandemic, said CEO Amin Nasser.

The company discovered two unconventional fields in the third quarter, both in the northern part of the Kingdom. One field is a gas-heavy, while the other has oil and gas reserves, management said.

Hydrocarbon production in the first nine months of the year averaged 12.4 million boe/d, with oil accounting for 9.2 million b/d. Third quarter production figures were not provided.

Aramco last year bought 70% of Sabic to help pave the way for an infusion of investments into global oil and gas deals beyond the Middle East. Sabic and ExxonMobil in 2018 partnered to form Gulf Coast Growth Ventures, which is developing a 1.8 million metric ton/year ethane cracker in San Patricio County, TX. The project is scheduled to come on line in 2022, fueled by Lower 48 natural gas.

Aramco and Japan’s Institute of Energy Economics, in partnership with Sabic, successfully completed the world’s first shipment of high-grade blue ammonia in the third quarter, Aramco management said. Forty tons were delivered from Saudi Arabia to Japan for use in zero-carbon power generation.

The active number of U.S. fracture spreads jumped nearly 15% month/month in February, driven by strength in the Permian Basin, even as “Snowvid” shut in wells and sent crews packing, according to Tudor, Pickering, Holt & Co. (TPH). Data compiled by TPH indicated that oilfield services (OFS) operators increased the number of crews working in…