Four major competitors of BP plc broke ranks with the embattled oil giant last Tuesday — telling a House subcommittee that they would have drilled differently the deepwater well that has been spewing oil in the Gulf of Mexico (GOM) for nearly two months.

It “appears to me that a number of design changes, which are considered industry norm, were not followed…We would not have drilled the well the way they did,” said Rex Tillerson, CEO of ExxonMobil, during a hearing of a House Energy and Commerce subcommittee.

If ExxonMobil had drilled the well, “it would have been a different well design,” would have used a different cement formation and tested the cement’s integrity, as well as taken other steps. “Clearly [there were] a lot of indications of problems with this well going on for some period of time leading up to the final loss of control” on the BP-leased Deepwater Horizon rig, he told House lawmakers.

“It’s not a well that we would have drilled,” said Marvin Odum, president of Shell Oil.

“This incident was preventable,” echoed John Watson, CEO of Chevron Corp., who added that his company would have used an entirely different casing design.

But Rep. Henry Waxman (D-CA), chairman of the House Energy and Commerce Committee, said he wasn’t convinced that BP’s competitors would have done things much differently. “The record does not support that the other companies here today have been more prepared than BP in their plans,” he said.

Rep. Joe Barton of Texas, the ranking Republican on the House panel, said the top executives of ExxonMobil, Chevron, ConocoPhillips and Shell — all of whom appeared before the Subcommittee on Energy and Environment — sounded like Monday morning quarterbacks. “Everybody has an idea what should have been done. And now that they know what was done and it wasn’t done properly, they’re much smarter than the coach on the field and the quarterback on the field,” he said.

As a result of the six-month moratorium on deepwater drilling in the GOM, Tillerson said ExxonMobil will redirect its human resources, rigs and equipment to other parts of the world “where we are allowed to work.” He noted that “this stuff is too expensive to just let sit around.” He estimated that an idle deepwater rig was costing his company about $1 million/day (see NGI, May 31).

Watson said Chevron, which has three deepwater rigs in the GOM, also will redeploy its people and rigs during the deepwater drilling freeze.

Subcommittee Chairman Edward Markey (D-MA) put BP America Chairman Lamar McKay’s feet to the fire for initially low-balling the amount of oil gushing from the well. “We need you to admit that you knew or should have known very early on that this was not a spill of 1,000 or 5,000 b/d,” he said. It’s now estimated that 40,000 b/d or more is spewing from the well.

“Are you ready to apologize for getting that number so grossly wrong?” Markey asked.

“We are sorry for everything the Gulf Coast is going through. We are sorry for that and the spill,” McKay said. But he noted that the 5,000 b/d estimate came from the Unified Area Command on April 26. BP CEO Tony Hayward apologized for the spill the following day on Capitol Hill (see related story).

Markey also was highly critical of the producer’s oil response plans, saying they were “virtually identical to BP’s and just as deficient.” He noted the response plans for the GOM included steps for dealing with walruses.

Tillerson said it was “unfortunate” and an “embarrassment” that walruses were included in ExxonMobil’s oil spill response plan for the GOM. Watson and Mulva agreed that they were “not appropriate” for oil response plans for the GOM region.

“We found that none of the five oil companies has an adequate response plan,” Waxman said. “On paper, these plans look reassuring,” but “when you look at the details it becomes evident these plans are just paper exercises,” he noted.

“These are cookie-cutter [response] plans. ExxonMobil, Chevron, ConocoPhillips and Shell are as unprepared as BP was,” Waxman said. 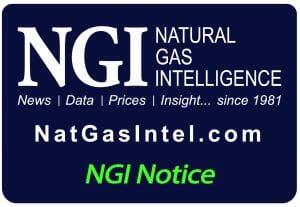