Ten U.S. land-based drilling rigs returned to action during the week just ended, according to Baker Hughes Inc. (BHI). The week ended with 823 rigs active on land, more than twice the 409 that were running one year ago. 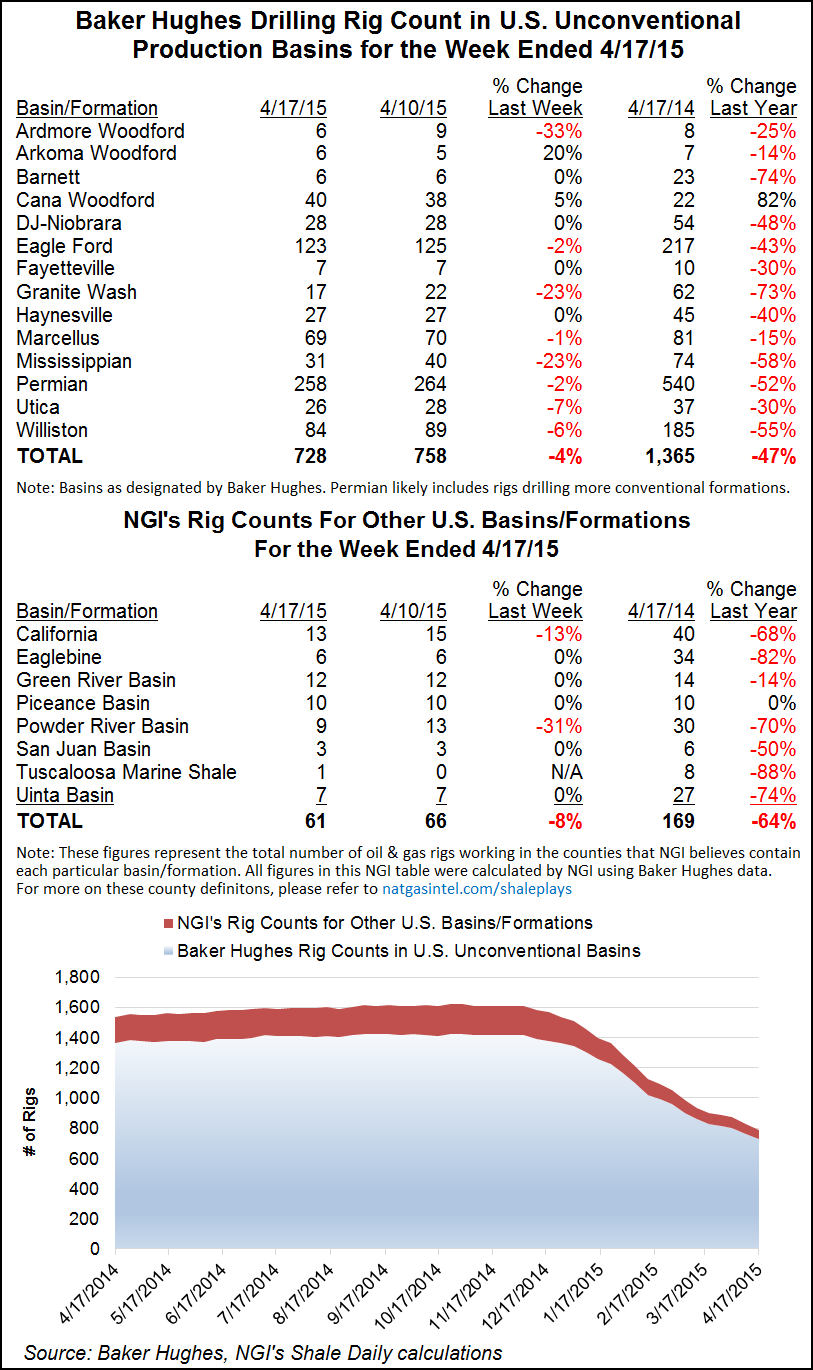 Canada dropped 14 units (two oil and 12 natural gas). The Canadian count ended the week at 118, well above the year-ago level of 40 active units.

The Railroad Commission of Texas (RRC) issued 1,310 original drilling permits in March compared to 511 in March 2016. The March total included 1,144 permits to drill new oil or gas wells, 11 to re-enter plugged wellbores and 155 for recompletions of existing wellbores. March permits were for 284 oil, 56 gas, 893 oil or gas, 51 injection, one service and 25 “other” wells

In a recent note the Federal Reserve Bank of Dallas said that during previous oil recoveries, it took about one year for mining-related job growth in Houston to turn positive once the oil price had hit bottom. West Texas Intermediate crude bottomed out at $30/bbl in February 2016, the Fed said, “and while the data since September are subject to revision, February 2017 mining-related job growth ticked up (1,932). That increase was driven by the support activities for mining and fabricated metals sectors — the most cyclical parts of the energy business. The latter was also the driving force in recent manufacturing job growth.”