The U.S. oil patch continued to add to its numbers during the week ended Friday (June 18) as the overall domestic rig count surged nine units higher to 470, according to the latest figures from Baker Hughes Co. (BKR). 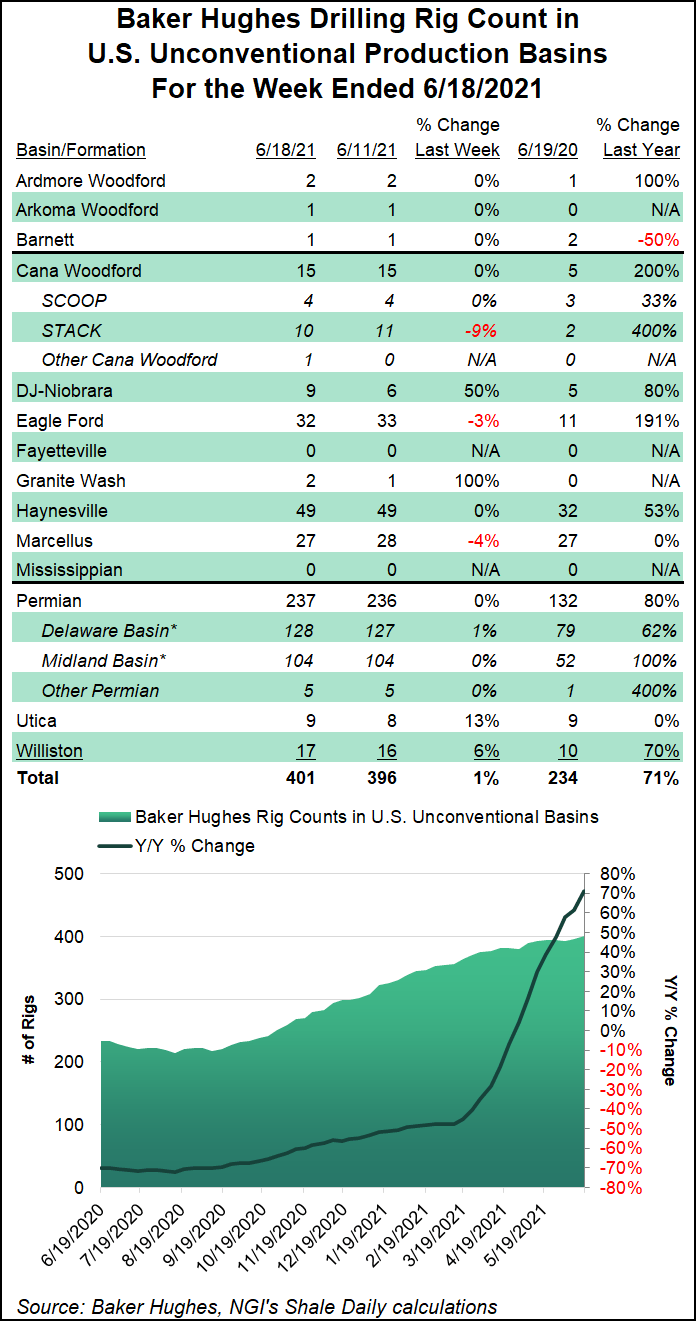 Changes in the United States for the week included the addition of eight oil-directed rigs, along with one natural gas-directed rig. That left the combined U.S. count more than 200 rigs ahead of the 266 active rigs at this time last year, according to the BKR numbers, which are based partly on data from Enverus.

The Gulf of Mexico count remained unchanged for the week at 13. Five horizontal rigs were added in the United States, along with three vertical units and one directional rig.

In Canada, the rig count surged 24 units to 117 for the week, including 15 oil-directed rigs and nine gas-directed. The Canadian count ended the period 100 units above the 17 rigs active a year ago.

Broken down by major play, the Denver Julesburg-Niobrara added three rigs for the week to grow its tally to nine. The Granite Wash, Permian Basin, Utica Shale and Williston Basin each added one rig, while the Eagle Ford and Marcellus shales each dropped a rig from their respective totals, according to BKR.

West Virginia posted a net loss of three rigs for the week, while one rig exited in Oklahoma, the BKR data show.

Reports earlier in the week showed oil and natural gas production on the rise in two states, including record output in New Mexico. New Mexico, home to part of the Permian, in March produced the most natural gas and oil on record, according to the Energy Information Administration (EIA). Oil output averaged 1.16 million b/d in March, while gas production climbed to 6.19 Bcf/d.